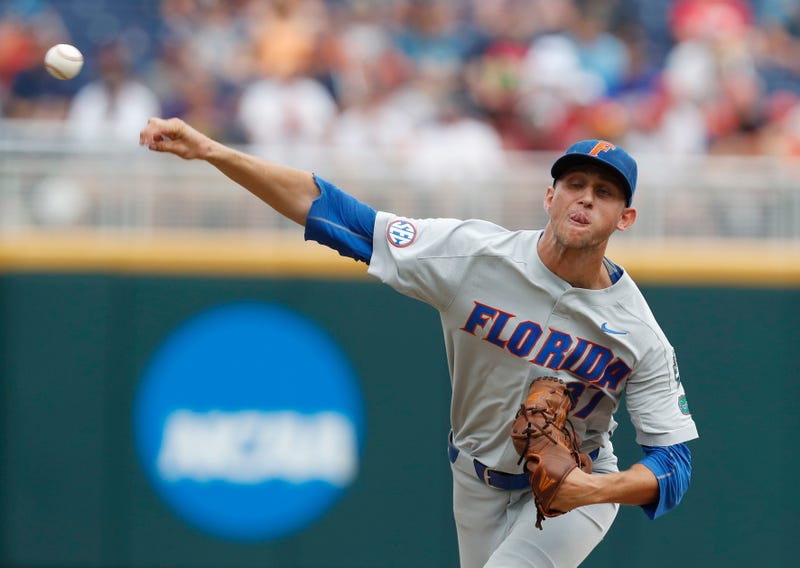 There may be a bit more anticipation for tonight's Royals game than there may usually be for a out-of-division, Monday night matchup, as one of the team's best pitching prospects, Jackson Kowar, will be making his major league debut. Kowar, who drafted in the first round of the 2018 MLB Draft, will take the mound against the Angels looking to join teammate (in college, too) Brady Singer as members of that 2018 class that are already contributing at the major league level. On Monday morning's edition of Cody and Gold's The Whit Merrifield show, Merrifield gave his scouting report of the rookie pitcher:

"He's got electric stuff," Merrifield said. "He's got a mid-to-upper 90's fastball, and that changeup is what he's really known for. It's almost like a split-finger. There's a lot of Michael Wacha-type comparisons, in my opinion, to Kowar. And Wacha, with the life of their fastballs and that changeup that just drops out of the zone. Looking forward to seeing what he can do, under the lights, on the big league stage. Everybody reacts differently when they get to this level, so hopefully he'll be one of those guys that gets up here and really takes off ..."

You can listen to the entirety of Merrifield's weekly interview in the player below: