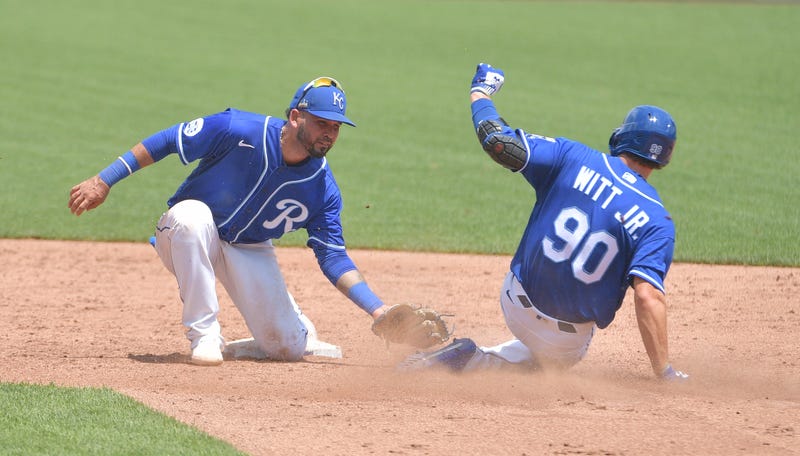 The Royals made some headlines on Sunday night, announcing that top prospects Bobby Witt Jr. and Nick Pratto were being promoted to Triple-A Omaha. The move provides some exciting news for an organization that has been lacking in that department this season, but it is, after all, still just Triple-A. With 2021 playoff hopes all but gone, when can fans expect to see Witt, Pratto, and some of the other top prospects make their major league debut? Team Insider Josh Vernier called into Monday's Fescoe In The Morning to try and answer that.

"I just want Bobby and Nick to produce first," Vernier said. "I don't know if I can put a date on it. I want them in Triple-A for a month. Give them a month. If they remain confident, if they continue to hit the cover off the ball and defend well, then I'm with you... [Daniel] Lynch, [Jackson] Kowar, Bobby Witt Jr., Nick Pratto, I would love for them to go into next season, this offseason, with at least an idea of what big league baseball is about. Just like, I assume, the Futures Game for Bobby Witt Jr. and Nick Pratto is going to serve as some sort of a launching pad, as they get around their peers and they realize they're as good, if not better, than everybody else in their peer group.

"I'm with you, as far as wanting them to have a month-and-a-half, two months of big league experience, but they need to earn it in my opinion. I'll give them a month - middle of August, if they're putting up numbers, I'm with you."

You can listen to Vernier's entire interview in the player below: