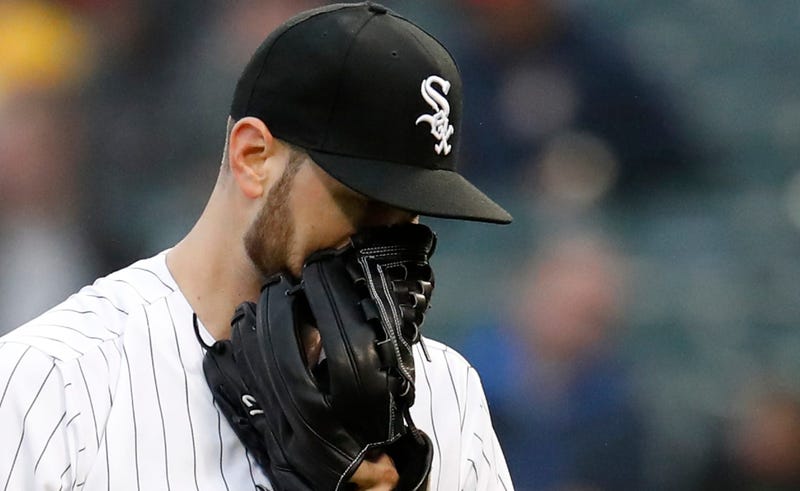 (670 The Score) After severe struggles in his first full MLB season in 2018, White Sox right-hander Lucas Giolito has a crucial 2019 season awaiting him.

He must prove he belongs in a quality big league rotation. If he doesn't, his future with the White Sox will be clouded as they continue their rebuild.

While his 10 wins across 32 starts led the White Sox in their 62-victory 2018 season, those were a small consolation as Giolito posted an ugly 6.13 ERA, the worst qualifying mark in all of baseball by a large margin.

Giolito also had a 1.48 WHIP and walked 95 batters, the second-most in MLB. Reducing his walk rate is the starting point for Giolito to find success.

"He has to throw a lot more strikes," pitching coach Don Cooper said. "He self-destructed early too many times. He walked way too many guys. Lucas did have some really good outings. The thing we are looking for is more consistency, more consistent with innings pitched to walks allowed. Any good starting pitcher must be 3-to-1 innings to walks allowed. So there is some work to be done there for sure."

"If you look at the batting average against lefties and righties, not too bad," Cooper said. "So when he throws it over the plate, they don't hit it very well. Here is some pretty simple stuff from my end. What makes up runs? Its the combination of hits and walks. So, we have to take care of those two columns. His hit column is OK. The walk column is too high. It is about strikes early in the count to get ahead of the hitter. If they don't swing the bat and the count id 0-2 or 1-2, we are in the driver's seat."

Giolito is one of the more approachable and cerebral players in baseball. He has been known to over-analyze his performance and approach at times, and he understands he must be willing to adjust after entering the big leagues with a 97-mph fastball that now sits at 92-93.

"This offseason is the hardest I have ever worked and the smartest I have ever worked," Giolito said on Inside the Clubhouse on 670 The Score. "The smartest I have ever worked is the best way I can describe it. I have added a couple of things to the routine preparation. I have been in the weight room, but I have spent a lot of time training my brain. In the lower minor leagues, I could get away with throwing a fastball down the middle. Fastball, fastball, curveball -- that repetition worked out. Knowing my velocity has gone down a bit, I have had to adjust my cadence. The main focus has to be the location of all my pitches, always using different sequencing and keeping hitters off balance is the name of the game."

"I have been doing some neuro-feedback sessions. This has been very helpful and useful in my approach to pitching this year. This training will hopefully just keep me focused and stay locked in the entire course of the season."

Giolito believes he can improve with more attentiveness to the physical and mental aspects of the game.

"There is a large support system out there for players in the mental edge area these days," Giolito said. "Some guys do not have to worry about the psychology of the game. They don't need any tool to help the brain. Other guys (like me) might be deeper thinkers. They might have different things that go through their mind when it comes to their career. There are so many things to take advantage of now. For me, I am trying to take that next step and take advantage of what is available."

A primary goal for the White Sox in the third year of their rebuild will be to allow young pitchers like Giolito and right-hander Reynaldo Lopez to accumulate a full workload of innings, even if they're unsuccessful on particular days. Giolito logged 173 1/3 innings across his 32 starts in 2018 despite his struggles.

He hopes that experience helps him moving forward.

"It was great that I got a full year of big league experience," Giolito said. "Just getting to take the ball every fifth day was great. I was able to pitch against the best talent in the world. It was very positive to go through an entire season, and facing the trials and tribulations was important.

"Obviously, I did not have a good year in 2018. It is very apparent from the results. I was able to get the experience, and now I have both a lot of success and a lot of failures to learn from. You can learn great things from both of those results. I had a groove of some good starts, but then the blowup starts would follow. One or two innings giving up five or six runs, I kind of let those games get away early. At the time, it was very frustrating, but now I can look back at it and know there was a pattern. There were certain things I allowed to happen. Now I can look back at it, reflect and learn from it so those things don't happen again."