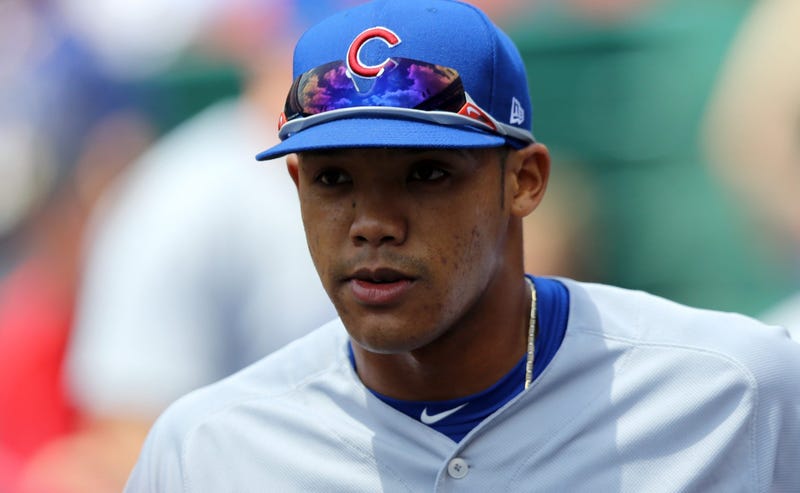 (670 The Score) Addison Russell has complied with the Cubs' standards during his 40-game suspension for violating MLB's policy against domestic violence. He is eligible to return Friday and rejoin the team.

Where will Russell fit with the Cubs? Once the organization feels comfortable to reinstate him, it will have to redefine his role.

Javier Baez is playing shortstop as well as anyone in the league. Russell has been playing second base during his stint with Triple-A Iowa, a position he hasn't played in the majors since 2015.

"Javy is right at the center of every good thing that we do," Cubs president of baseball operations Theo Epstein said. "Risking interrupting that would be a questionable move. That is not the only factor."

What about Russell moving to second base and putting Daniel Descalso and Ben Zobrist on the bench more often? With Russell returning, the Cubs will have to send a player back to the minors.

"It's a good problem to have," Cubs first baseman Anthony Rizzo said. "I am sure Joe will figure out a way to get them all good playing time. We will see how it all goes."The Cubs retained Russell this past offseason with Epstein expressing his desire for the organization to be part of a solution against domestic violence. But there's also the baseball aspect in that Russell was an All-Star shortstop in 2016.

Russell has not fulfilled his on-field potential since 2016, a small part of his story since. The Cubs hope they have a different person returning -- whenever that may be.

"In life you make a lot of mistakes," Rizzo said. "Sometimes we all make poor choices, including everyone that is going to read your story or hear this audio is ashamed of. You learn and grow, he has done something that is not OK. The reports are he has grown from it. When he comes back he will be playing baseball and doing what he loves to do."