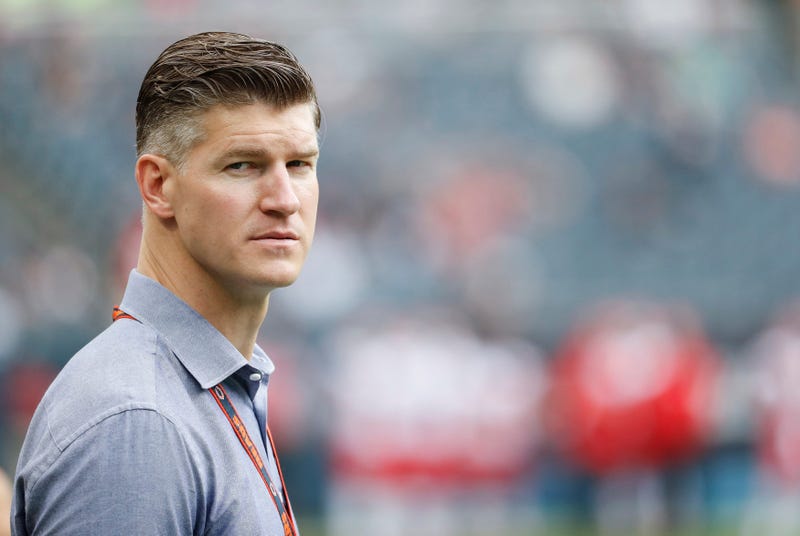 (670 The Score) Overthinking a Bears draft that begins in the third round Friday night can lead to envisioning a variety of scenarios from multiple perspectives.

When we do something as apparently simple as assess positional need, for example, our judgment ultimately comes down to how optimistically we may view current circumstances, or not, and one such illustrative spot on the roster now is that of tight end.  For the purposes of the discussion we'll consider it as a single position, even as teams increasingly subdivide it into in-line types and the "move" guy.

From one angle, the Bears appear set quite solidly.  Trey Burton set career highs in nearly every category in the first season of his four-year deal, with 54 catches for 569 yards and six touchdowns.  He may not be Matt Nagy's new Travis Kelce, but the skill and traits he covets are obvious.  Adam Shaheen is still just 25, and is poised to emerge from a period of adjusting to the size and speed of the NFL game after playing at the small college level, finally fully healthy.  Ben Braunecker has filled a variety of roles already in three pro seasons, and is a core special teams player.  So all's well.

But we can view it entirely differently, without being at all unfair.  Burton's bizarre no-show for the playoff game against the Eagles raised the issue of his admitted performance anxiety, particularly after he openly divulged that he begged off running the Bears' version of the"Philly Special" because some combination of anatomic and emotional issues prevented him from even practicing it.

"Physically, there was some type of block, wasn't letting me do it," Burton explained.

Props to him for talking about it, but it also informed what happened in January when his groin "locked up" before he was set to be featured as a matchup advantage in his biggest game as a Bear.  He claims his body parts can come to a stop "when it feels any threat,"and it is his "body trying to protect itself."  After two such incidents, trust can be an issue.

Shaheen may just not be good at this, having had ample opportunity to demonstrate the capabilities of his big frame.  Losing almost a full campaign to an ankle injury didn't help, and he has spent way too much of his playing time on the ground instead of on his feet.  And Braunecker is a guy, a body in a uniform about whom no defensive coordinator gives a second thought.

Ryan Pace is tasked with considering both of these, and synthesizing them into a plan.  Now do the same trick with cornerback, offensive line and elsewhere to get an idea of the rest of it.

Whichever spot they address first this weekend or with more picks than another, it will be difficult to second-guess.

Dan Bernstein is a co-host of 670 The Score’s Bernstein & McKnight Show in middays. You can follow him on Twitter @dan_bernstein.​​​​