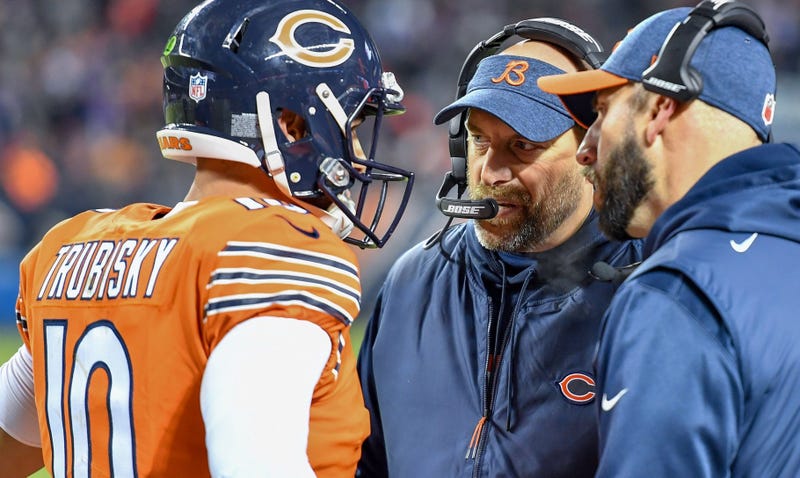 LAKE FOREST, Ill. (670 The Score) -- Secluded inside the Walter Payton Center in the final week of the preseason, the Bears are continuing their preparation for the Packers that began a two weeks ago, well ahead of the regular-season opener on Sept. 5.

Recently, that has included the Bears' starting offense and defense practicing against scout teams mimicking the Packers.

"Definitely, I have my eye on them," quarterback Mitchell Trubisky said last week.

With three practices this week leading into the preseason finale Thursday, the Bears have split their team into two. The first-stringers have kept their focus on the opener with the Packers while the second and third teams have been working towards the end of the exhibition slate.

It's the continuation of coach Matt Nagy's preseason plan to maintain his starters' health and ultimately shift their gears toward the regular season.

"You don't want to get into a situation where you're just trying to load the thing up with lots of plays, lots of different blitzes or coverages and schemes," Nagy said. "Because then you're not really getting good at what you do."

Nagy and the Bears have handled this preseason differently than most teams, playing their starters only for part of the first quarter of the exhibition opener. The team held a game-simulating scrimmage behind closed doors at Halas Hall on Aug. 14, two days before sidelining starters from the second preseason game.

In practice last week, the Bears began to run their starting offense and defense against the scout team representing the Packers' personnel and scheme. That work has continued on just days before the initial 53-man roster is to be set.

Come Sunday morning, the Bears will have cut their roster from 90 to 53 and will be working the waiver wires -- all while taking the practice field a day early to begin Week 1.

"We're all in," safety Eddie Jackson said. "Most definitely, all in on Green Bay. We've been at it for a while. We're anxious. We're really anxious right now. We want to play so bad.

"You got that feeling in your stomach right now. We want to get back to it. We're definitely all in."