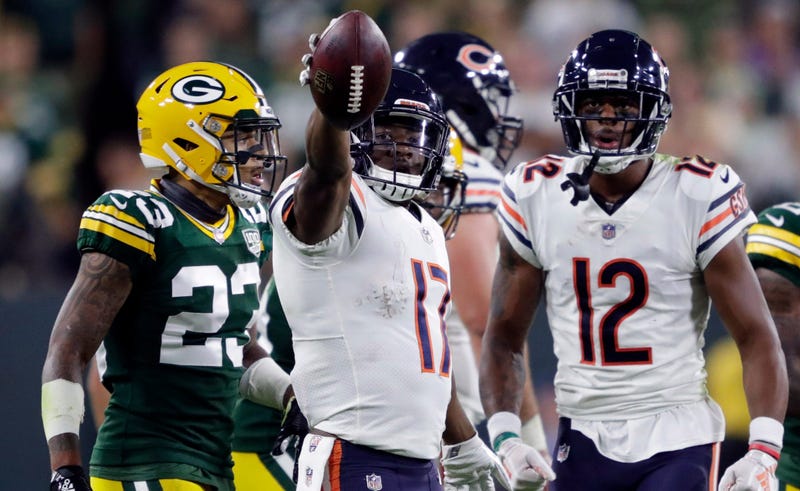 LAKE FOREST, Ill. (670 The Score) -- Bears receiver Anthony Miller returned to practice Monday for the first time in more than two weeks as he continues to progress back from a right ankle sprain.

Miller practiced in a limited role, coach Matt Nagy said. It was part of a split practice for the Bears that divided their first-team units from the reserves on the 90-man roster. The Bears remain confident in Miller's health with the regular-season opener 10 days away.

In Miller's mind, there's no doubt to his status.

The 24-year-old Miller suffered the ankle sprain during a training camp practice on Aug. 10 as he landed awkwardly catching a pass in a one-on-one drill. He knew after walking off the field that it wasn't a serious injury, but the Bears have taken precautions to ensure his health.

Miller is coming off an offseason of recovery after undergoing a procedure to repair his left shoulder. He suffered multiple dislocations to that shoulder as a rookie in 2018. The ankle sprain was a minor setback, Miller said.

"He’s a playmaker," Nagy said. "He can make plays. He’s a weapon for us. But we right now, just having him out the last several weeks, we’ve got to make sure he stays inside that playbook and he understands the details of this offense. That’s our focus, is making sure he does that. Once you do that in the game, then your volume of plays starts to go up a little bit."

Now entering his second season, Miller believes the greatest difference for him is in his knowledge of the Bears' system and his specific roles. That's something he admitted didn't come easily as a rookie.

Miller is now executing his assignments with greater confidence -- and at full speed.

"I know exactly what I'm doing each and every play," Miller said. "When you're good mentally out there, you can play faster. I think you're going to see a different me this year.

"You can do everything with no hesitation, with speed. You can just be consistent. I think that's what I'm going to be this year."

Bears outside linebacker Aaron Lynch also returned to practice in a limited role. Lynch has been sidelined since early August with what the team has called a shoulder injury.

Reserve tackle T.J. Clemmings was ruled out for the season with a quad injury suffered in a preseason win against the Colts on Saturday evening.