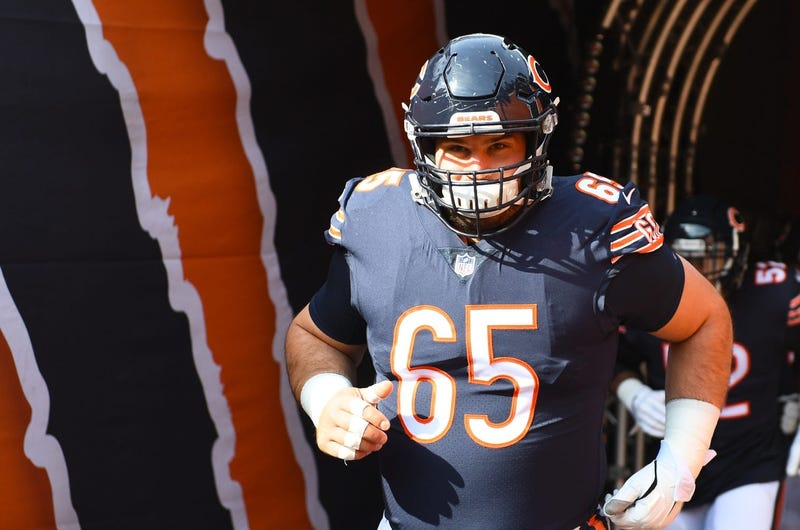 LAKE FOREST, Ill. (670 The Score) -- While the potential to sign a contract extension in the coming days looms, Bears offensive lineman Cody Whitehair is thinking only about football.

Whitehair has his mind his new position of left guard, how the Bears can improve on offense and what hope this season carries in Chicago. He isn't concerned over his current contract situation and the possibilities for an extension.

"It'll happen," Whitehair said. "I'm not too worried about it. I'm just focused on ball."

Entering a contract season with the Bears, Whitehair has maintained since the spring that he will leave extension negotiations to his representatives at the Sportstars agency.

Like a handful of key Bears at this point on the calendar in years past, Whitehair could sign an extension before the start of the regular season on Sept. 5 and perhaps by the weekend, a source has indicated. General manager Ryan Pace and his Bears front office have signed guard Kyle Long (2016), offensive tackle Charles Leno Jr. (2017), defensive lineman Akiem Hicks (2017) and defensive lineman Eddie Goldman (2018) to contract extensions days ahead of the regular season, preferring to separate business matters from the football matters that hold their focus once the regular season begins.

A second-round pick in 2016, Whitehair has started all 48 regular-season games since his arrival to the organization. Whitehair converted from his previous position of center to left guard this offseason, flipping places with 2018 second-round pick James Daniels.

Whitehair is the only player who seems to be in line for an extension before the start of the season. However, the Bears do have other contract situations to monitor moving forward, including those of All-Pro safety Eddie Jackson and Pro Bowl running back Tarik Cohen. Then there's the question of whether Mitchell Trubisky will ultimately command the kind of lucrative contract that top-tier quarterbacks are awarded.

Leno wouldn't acknowledge Whitehair as a direct beneficiary to his own contract restructuring but did mention someone "close" to him as a potential recipient to a new deal.

"I want this team to be intact," Leno said last week. "I love the guys we have. We have some great guys. I know the only way you can do that is if you are selfless. Some people have to take less, even though nobody wants to take less. You have to do some things that don't want to do. That (stuff) comes with the game.