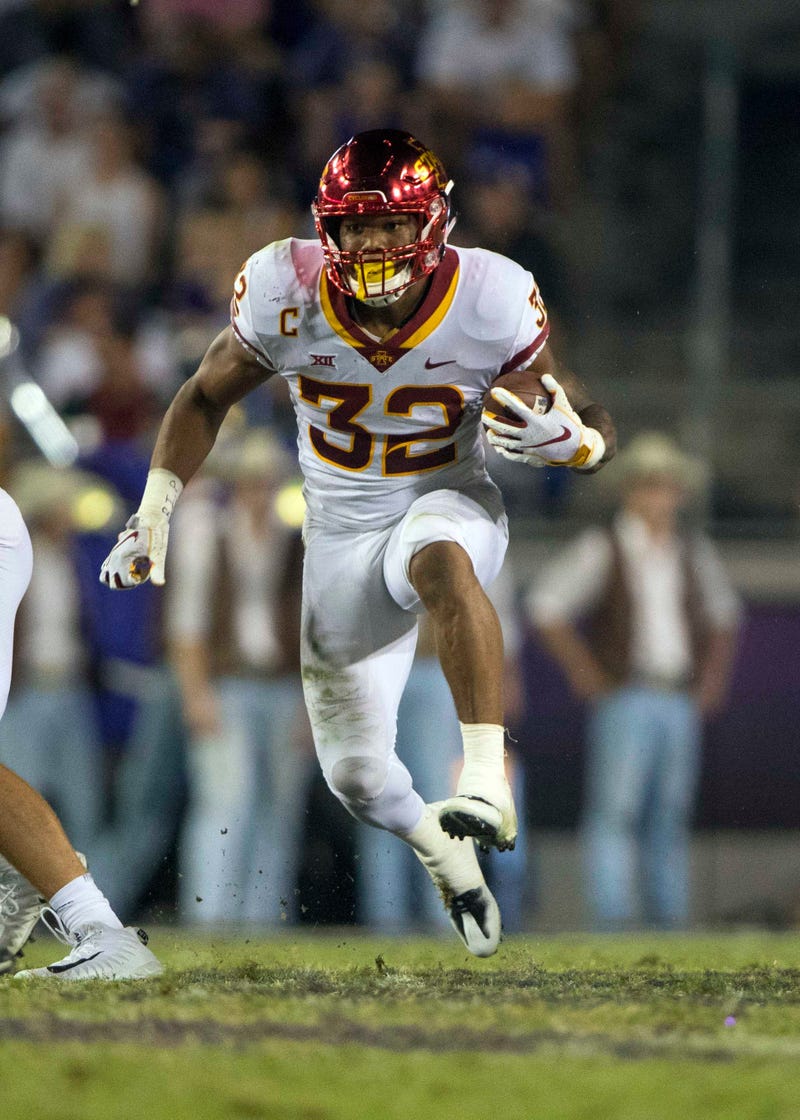 LAKE FOREST, Ill. (670 The Score) -- The Bears traded up to the 73rd pick in the third round and selected Iowa State running back David Montgomery.

As part of the trade with the Patriots, the Bears dealt their third- and fifth-round picks along with a 2020 fourth-round pick while retaining a sixth-round slot for Saturday.

Montgomery rushed 624 times for 2,925 yards and 26 touchdowns over three seasons at Iowa State. He was consensus first-team All-Big 12 in 2017. Montgomery was tracked with 185 missed tackles the last two seasons, per Pro Football Focus. He totaled 2,362 rushing yards and 14 touchdowns in that time, averaging 4.6 yards per carry.

The Bears entered Friday's second and third rounds with the hopes of trading from their 87th pick to select a running back, a source said. Montgomery was the fourth running back selected in the draft, following Alabama's Josh Jacobs, Penn State's Miles Sanders and Memphis' Darrell Henderson.

Bears general manager Ryan Pace will speak to reporters at the conclusion of the third round.