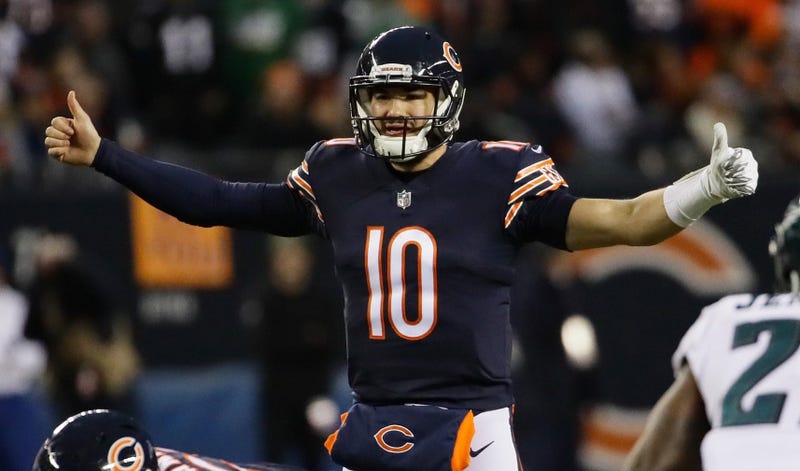 (670 The Score) Bears quarterback Mitchell Trubisky is headed to the Pro Bowl, selected as a reserve for the NFL's all-star showcase.

Trubisky will replace Rams quarterback Jared Goff, whose team advanced to the Super Bowl on Sunday. Trubisky is the first Bears quarterback selected to the game since Jim McMahon in 1986. He joins five Bears teammates in receiving the honor this season.

The 24-year-old Trubisky completed 66.6 percent of his passes for 3,223 yards, 24 touchdowns and 12 interceptions in 14 games in his second NFL season. He helped lead the Bears to a 12-4 record and the NFC North crown.

The Pro Bowl will be played at 2 p.m. Sunday at Camping World Stadium in Orlando.