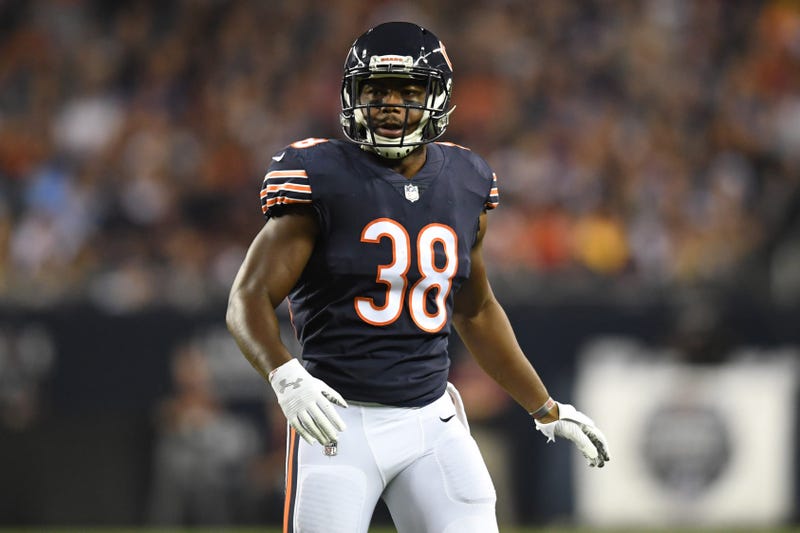 Editor's note: This is the 10th in a series of positional breakdowns as the Bears enter the offseason. Click here for all of them as we move along.
(670 The Score) Bears safety Adrian Amos struggled to look ahead to the unknown as he cleaned out his locker at Halas Hall in early January. A pending free agent, he understands the logistics in play for his free agency.

The Bears are tight on cap room and have decisions to make on a few key pieces, including Amos. Will he be re-signed to a new contract or moving on? That's a big question at safety.

Fresh off an All-Pro campaign in his second season, Jackson leads the Bears safeties forward into 2019 as he remains under contract for two more seasons. Bush is a potential replacement for Amos should he leave in free agency. Houston-Carson has played a role on special teams and stepped in at the nickel position late in the season.

Amos has started 56 games over four seasons with the Bears, bringing steady play in the secondary. The Bears' decision on his future will be tricky, based on their cap situation and their assessment of what positions are most critical to address.

The Bears seem to have a star in their secondary with Jackson, whose breakout season was a key piece to their dominant defense.

Jackson had six interceptions, including two pick-sixes. Along the way, he earned admiration as an elite safety.

"That guy's a special player, special talent," edge rusher Khalil Mack said of Jackson in November. "Great leader, on and off the field. He's always in the right position to make plays. You see it week in and week out. He's the best safety in the league to me, for sure."

Last February, general manager Ryan Pace indicated the Bears could explore long-term deals for both nose tackle Eddie Goldman and Amos. The team awarded Goldman with a new four-year contract extension in September, but Amos was left entering a contract season with uncertainty.

Amos also enjoyed his best season in 2018, recording career-best marks in tackles (69), pass deflections (nine) and interceptions (two). A fifth-round pick in 2015, Amos has produced at a level the Bears hoped for. Now, he's left hoping the impressions of this past season were enough for a new deal in Chicago.

"When coaches watch my film, (people) upstairs, they see what I bring to the table as far as communication, athleticism, everything they would want to see. I hope they’ve seen it, but I can’t worry about what they did see because it’s already happened."

Confidence is warranted in Jackson and what he will bring moving forward. His playmaking abilities proved to be the byproduct of tremendous talent and instincts.

The Bears may be facing a choice between bringing back Amos or nickel corner Bryce Callahan, who's an unrestricted free agent. Their respective talents and prices will be taken into consideration. Amos will likely command a bigger contract given his play at a more pivotal position.

Amos will be one of the best safeties available on the open market should he get there. There are other intriguing players who could be free agents, including Landon Collins, Ha Ha Clinton-Dix and Earl Thomas.

One month out from the start of free agency, the Bears have a call to make on Amos.