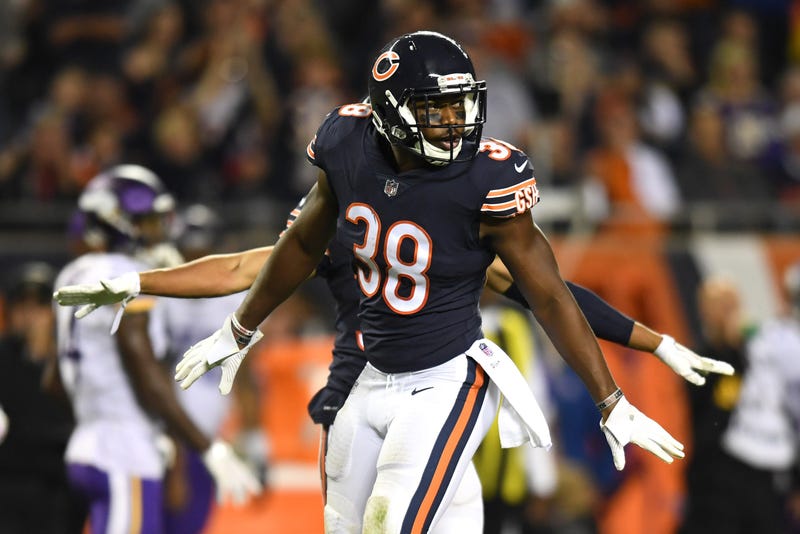 Perhaps it could be both returning, as Bears general manager Ryan Pace suggested at the NFL Combine on Wednesday morning.

Amos and Callahan represent the Bears' most important priorities in free agency, as they were two key members of the league's No. 1 scoring defense in 2018.

The Ravens set the market on a nickel cornerback by signing Tavon Young to a three-year, $25.8-million extension last week. Callahan's market value is projected by Spotrac at four years and more than $28 million.

While it's not clear what the market value will be for Amos, the Bears have an appreciation for the continuity he offers alongside All-Pro safety Eddie Jackson.

"I thought he played well," Pace said of Amos. "He played solid and the ball production increased as the season went on, and I think he was comfortable in the defense. He's an example of a player that we drafted and developed and he's gotten better. He's a great teammate and a good Bear."

Bears to 'explore every avenue' to address kicker position

The Bears had around $11.6 million in projected cap space, per Spotrac, before restructuring the contract of three-time Pro Bowl guard Kyle Long on Tuesday. It remains unclear exactly how much more cap space that reconfiguration opened up. Previously, the Bears had released veteran tight end Dion Sims to create $6 million more in cap space.

The team will cut kicker Cody Parkey at the start of the league new year, designating him as a post-June 1 release, which in turn will create added cap room for 2019.

There remains the potential for more releases or contract restructuring in the coming weeks, which could prove pivotal if the Bears want to lock in both Amos and Callahan.