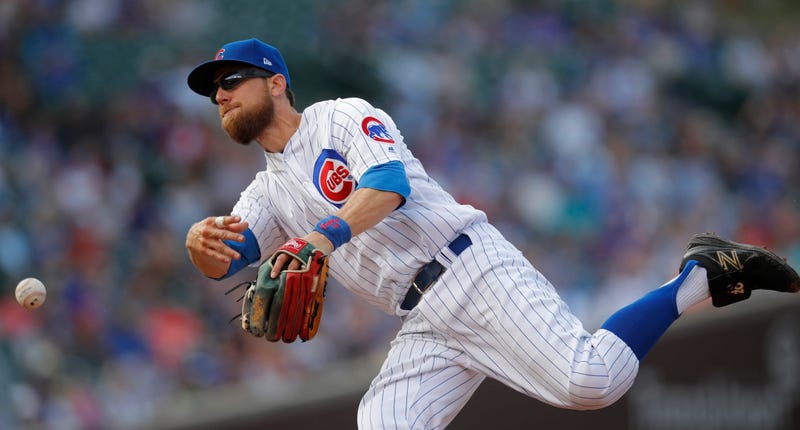 (670 The Score) Ben Zobrist has been in contact with some of his Cubs teammates recently as he remains on the restricted list while going through divorce proceedings, general manager Jed Hoyer said Thursday.

The development was notable because Zobrist had for some time been communicating primarily with management after taking a leave from the team in early May, Cubs officials said previously. While retirement speculation continues to be raised by outside observers, the Cubs aren't viewing the situation through that prism currently.

Hoyer used the word "when" while addressing Zobrist's potential return to the Cubs.

"We've been in contact with Ben," Hoyer said on the McNeil & Parkins Show on Thursday. "He's been in contact with his teammates. So he's obviously working through his family stuff. We're giving him his privacy. Certainly as an organization, we're hopeful that we'll see him in a Cubs uniform again. We know that given his professionalism that when he does come back, he'll get himself in great shape and he'll be ready to play. That's kind of how we see it now, and we'll keep talking to him. But that's certainly the expectation today."

Zobrist, 38, was the MVP of the World Series when the Cubs broke their 108-year championship drought in 2016. He has struggled this season, hitting .241 with a .596 OPS and just one extra-base hit in 83 at-bats. His .253 slugging percentage is the lowest of any position player on the team.

"It's difficult for us," Hoyer said. "We're obviously very sensitive to Ben and his family and don't want to comment a lot."