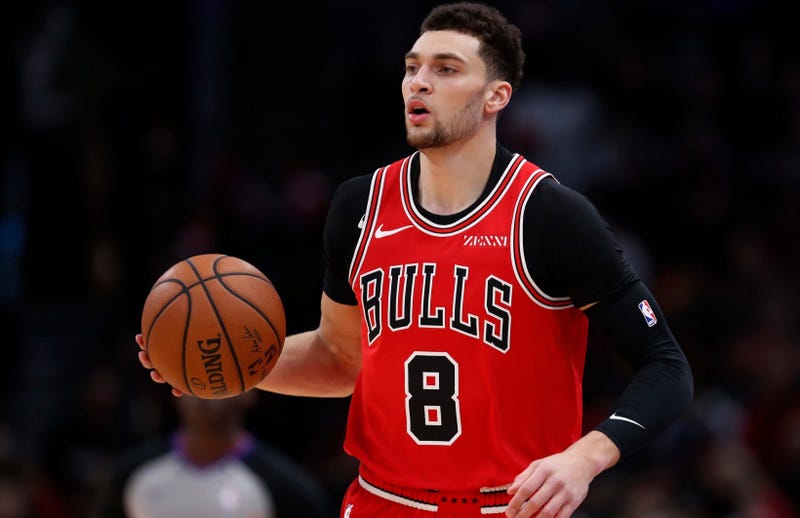 CHICAGO (670 The Score) -- In the aftermath of the Bulls’ 10th straight defeat Saturday night, the frustration of the usually affable Zach LaVine was palpable. His voice lacked the chipper tone often on display. He didn’t make his usual eye contact.

LaVine spoke softly and stared daggers over the shoulders of a small group of reporters, seemingly into the abyss of a season that has spiraled into a 10-36 mess.

"Something’s obviously wrong," LaVine said after the Bulls’ 117-103 loss to the Heat at the United Center. "We weren’t losing (by) double-digits earlier in the season. We might have been losing, (but) we didn’t even have a full roster. So I don’t know. We’re a better team now and we’re getting blown out. It doesn’t make a lot of sense."

LaVine’s words left some meaning to the imagination. The Bulls fired coach Fred Hoiberg on Dec. 3 after a 5-19 start. Their average margin of defeat in those losses was 13.4 points per game, while they posted a -9.6 point differential. Due to injuries, key starters Kris Dunn and Lauri Markkanen each played just one game for Hoiberg.

The Bulls are now 5-17 since Jim Boylen was promoted. Their average margin of defeat under him sits at 17.8 points, while their point differential sits at -11.6. Until Wendell Carter Jr. suffered a thumb injury Tuesday, they'd been about as healthy as they could be.

Simply put, the Bulls have regressed, with encouraging signs few and far between. And while Boylen continues to preach a need for better 48-minute effort, LaVine views the troubles through a different prism.

LaVine downplayed a lack of continuity as a reason for the struggles, but it’s been glaring on the floor – notably in the backcourt recently. In the past three games, Dunn has combined to score 18 points with 12 assists and eight turnovers while shooting 8-of-29.

LaVine had a 22-point game Saturday on 7-of-19 shooting, a performance that came after he shot 8-of-26 combined in the previous two games.

"I’m definitely going through it," Dunn said of his personal struggles. "It’s part of the NBA. It’s on me to find a way to get out of it."

LaVine called it "mentally exhausting" to be a part of the team’s 10-game losing streak, which marks the ninth such streak in franchise history, per Basketball Reference.

Hope possibly awaits Monday, when the Bulls visit the only team in the NBA that’s worse than them – the Cavaliers.

"We just got to get a win," LaVine said. "We got to stay with each other.

"Teams are going to come in still looking to get wins, and they’re not going to take a day off and say, ‘Oh the Bulls are having a tough stretch. We’ll play easy.’ They’re going to try to kill us. Nobody on the outside is going to help. We’re going into every game as the underdog, people doubting us. We just got to play for each other, play four yourselves and got to scratch out a win, get out of the rut. I think that’s what will help. But until that happens, it’s going to suck."