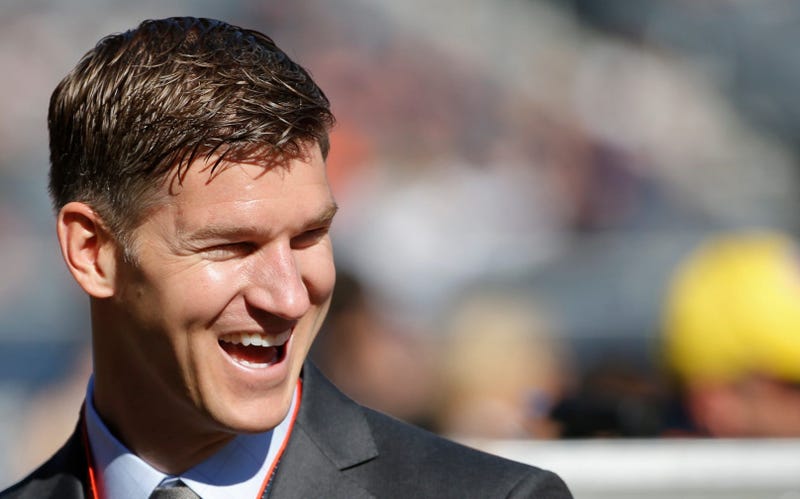 (670 The Score) The upcoming NFL Draft will be the first that the Bears don't own a first-round pick under the direction of general manager Ryan Pace, who took over in January 2015. Beyond that, they also don't own a second-round pick, with both being sent to the Raiders in the trade to acquire star edge rusher Khalil Mack last September.

Those facts makes the Bears' preparation for this draft much different than in years past.

When a club has premium-round picks, they have to spend an abundance of time on the players whom they grade highly. That isn't the case this year for the Bears, whose first selection comes in the third round at No. 87 overall. Naturally, the Bears will instead spend more time than usual on players who are mid-round types. The time they used to devote to first-rounders will be devoted to third-rounders and beyond.

The silver lining in that? The Bears have an advantage in assessing prospects who fall in the middle rounds, because they have more manpower hours to put toward them.

In the NFL, no two draft boards are alike. So it's in the realm of possibility that the Bears could select a player in the third round whom they have rated as a mid/low second-round pick. With that in mind, they'll be seriously assessing those ranked from about No. 50 and lower on their own draft board.

The draft always goes hand in hand with free agency. So what the Bears have gained and lost in free agency will have an effect on what they do in the draft in late April.

The Bears would've loved to keep safety Adrian Amos and nickel cornerback Bryce Callahan on their price in free agency, but they left for more lucrative deals elsewhere. In their place, Chicago signed signed safety Ha Ha Clinton-Dix and nickel cornerback Buster Skrine. The Bears also signed receiver Cordarrelle Patterson, receiver Marvin Hall, running back Mike Davis and offensive lineman Ted Larsen. Outside of Patterson and Skrine, no player received a significant contract, meaning the Bears could draft players at some of those positions -- running back, offensive line, safety.

If the Bears' scouting work in recent weeks is any indication, they'll be drafting a running back. The team has attended several Pro Day workouts for running backs and hosted at least three for visits. The running back class isn't strong at the top but does have some depth to it, meaning there should be a number of backs available in the third or fourth rounds who fit the Bears' scheme. Chicago will likely look to select a tight end as well. Kicker is also a pressing need, but I don't see that happening before the fifth round.

The Bears could attempt to trade up to the second round or early in the third, but I don't believe that will happen this year. The reason is because the Bears don't have much draft capital to use to move up. Beyond that, the Bears are in their championship window now after years of losing. Unlike past years, they don't have as much salary cap space after signing Mack to a record-setting deal and other key players to significant second contracts.

So they need to use their draft picks to nab players who can help them now, not give up selections.

With that in mind, the Bears need to better prepared for the middle rounds than any other NFL team. Given their situation and quest to build a championship team, they can’t afford not to be.

Greg Gabriel is a former NFL talent evaluator who's an on-air contributor for 670 The Score. Follow him on Twitter @greggabe.