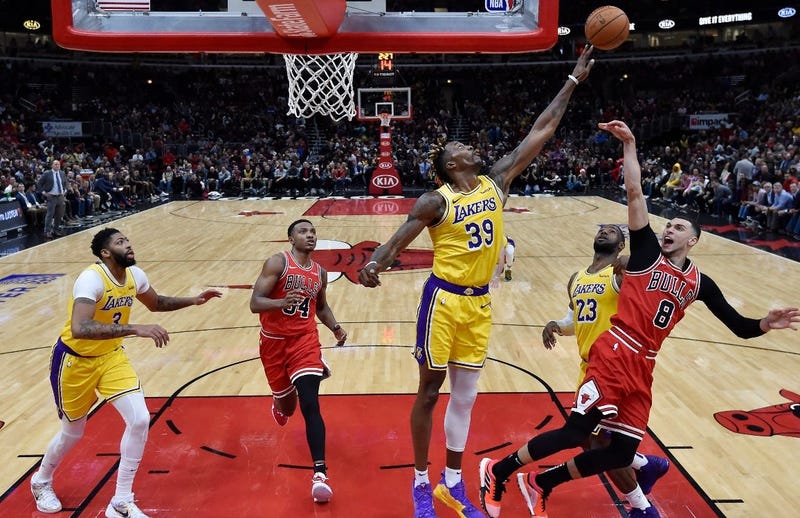 CHICAGO (670 The Score) – As the Bulls’ latest collapse unfolded Tuesday evening, coach Jim Boylen processed the situation as quickly as he could in real time. In those moments, he chose to take a detour from typical coaching protocol.

What was a 13-point lead over the Lakers when the fourth quarter began dwindled quickly as Boylen rode a struggling unit of five second-stringers. He chose to offer no life raft as another golden opportunity to earn a victory sunk in front of his eyes.

Boylen declined to reinsert a starter as trouble initially emerged, not turning to Zach LaVine and Wendell Carter Jr. until the Lakers had trimmed the lead to four with 9:16 left. Boylen bypassed calling a timeout until 8:12 remained, by which time the Lakers had extended their run to 16-0 and taken a lead that they wouldn’t relinquish.

In the aftermath of the 118-112 loss at the United Center that dropped the Bulls to 2-6, Boylen was unflinching in his methods that were more perplexing to outside observers than to him.

What had happened earlier had informed Boylen’s thinking. The second unit – Coby White, Kris Dunn, Chandler Hutchison, Thad Young and Luke Kornet – was a driving force in the Bulls taking a 17-point halftime lead, outplaying the Lakers in what Boylen called his team’s best half of basketball of the young season.

What looms in the Bulls’ rebuild also informed Boylen’s thought process. He often references the “growth plates” for a young team, and he viewed this as an example for his reserves.

Given how the Lakers locked in defensively in the final 12 minutes and the dominance of LeBron James (30 points, 10 rebounds, 11 assists), a fair likelihood existed that the Bulls still would’ve lost even if Boylen had been more proactive early in the fourth quarter. The counterpoint is that Boylen – who set reaching the playoffs as a goal in training camp – didn’t put his team in the best position to earn a victory by hanging a struggling group out to dry.

Boylen hinted that he understood the burden falls on his shoulders.

“I’m the head coach of the team, and I’ll take responsibility for the fourth quarter,” Boylen said. “I got to do a better job of getting our guys to understand winning basketball. They’re a young group. That’s what I got to do.”

The setback to the Lakers marked the second time that the Bulls have lost a game that they led by 18 points or more this season. Beyond that, they also squandered a 10-point lead with less than six minutes remaining in a season-opening loss.

That represents three collapses for the team just eight games into the season.