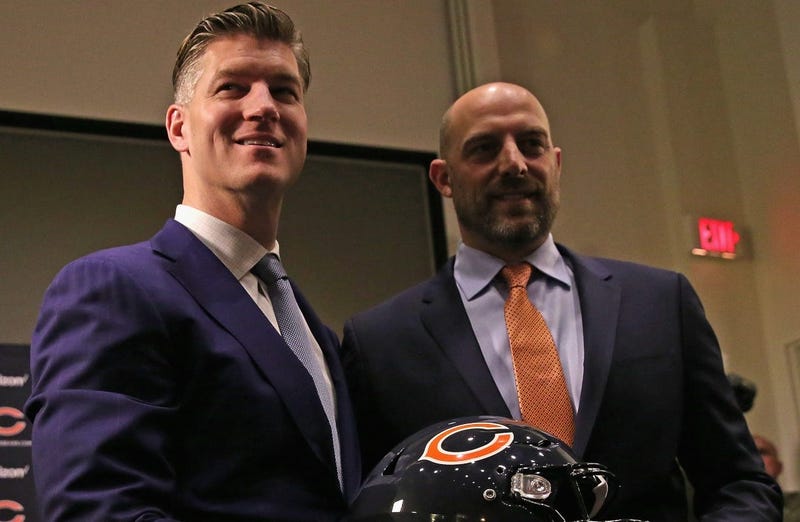 (670 The Score) On its daily 5 at 5 segment Friday morning, the Mully & Haugh crew debated a variety of questions.
-- New Bears tight end Jimmy Graham made a strong first impression during a teleconference with the Chicago media Thursday, praising general manager Ryan Pace and sharing his Super Bowl goal. Did Graham’s comments alter your opinion of the Bears signing him? What kind of production would it take for Graham to win over some of the doubters of a contract that guarantees him $9 million?

-- In evaluating the biggest busts since it started grading college football players before the 2015 NFL Draft, Pro Football Focus ranked three Bears selections in its top-10 list: quarterback Mitch Trubisky (No. 2 overall in 2017), outside linebacker Leonard Floyd (No. 9 overall in 2016) and receiver Kevin White (No. 7 overall in 2015). Over the years, Pace’s reputation outside Chicago has generally been better than in the city, but is this a sign that might be changing? Is Pace’s future not only tied to Trubisky’s but also to coach Matt Nagy’s?

-- In a computerized simulation broadcast by the Marquee Sports Network on its Facebook page, the Cubs beat the Brewers, 6-5, on Opening Day – and closer Craig Kimbrel struck out the side. Did you watch any of it? And would you watch the Cubs or the White Sox regularly if their games were simulated and broadcast? Could this be an antidote for boredom?

-- The White Sox optioned right-hander Michael Kopech to Triple-A Charlotte on Thursday. Assuming the season is shortened to 100 games or fewer, will that reality eliminate the need for Kopech to pitch in the minor leagues? Does the same thinking apply to second baseman Nick Madrigal? And do those possibilities only make the interruption of the White Sox's momentum harder to accept?

-- In a tremendous gesture, Fanatics and MLB halted production of jerseys to instead use the fabric of the uniforms to make masks and gowns to help combat the coronavirus. If you could have a mask and gown produced from your favorite all-time baseball uniform, what would it be?