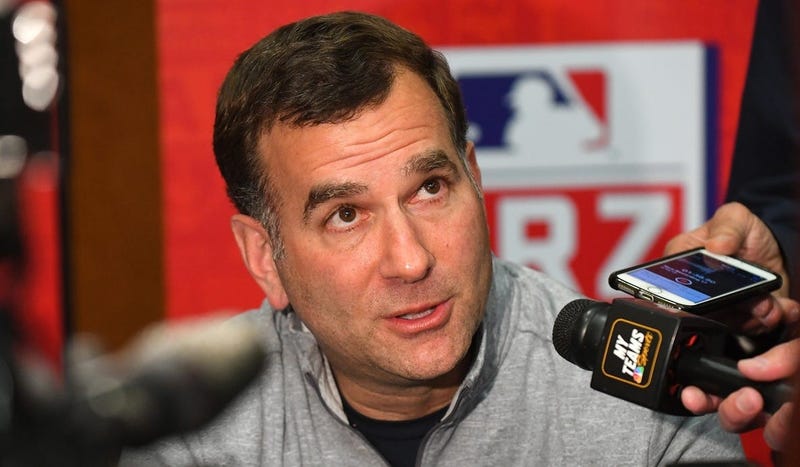 CHICAGO (670 The Score) -- As the White Sox have played hard, remained competitive and also suffered a series of injuries to some key young players, general manager Rick Hahn made clear Friday that adding veterans stopgaps ahead of the trade deadline on July 31 won't be part of the organization's plan.

The White Sox entered play Friday at 37-41 and 6.5 games behind the Rangers for the second wild-card spot in the American League. They've received poor production from the back end of the rotation all season long, but Hahn isn't interested in adding a veteran pitcher just for 2019 in the name of chasing respectability.

As it has been since the White Sox launched their rebuild in December 2016, the long term is the focus. As it pertains to the present, that means the White Sox are more concerned with 2020 when considering the addition of any player.

"I would not count on that," Hahn said about adding an established pitcher ahead of the deadline. "We would like to add controllable starting pitching. I think all 30 clubs would like to do that. We are very firmly of the belief we are not going to look for any short-term fixes. Anything we are to do at the trading deadline will have a long-term focus on it. We will want guys who can help us in the long term as well as now.

"I wouldn't say you can count on additions at the deadline that will be short-term fixes. Our focus going to remain long term."

Right-hander Michael Kopech and left-hander Carlos Rodon -- two key members of the White Sox's rotation of the future -- have been sidelined by Tommy John surgery, and the White Sox have also been hit hard by injuries in their farm system. It has left the White Sox in a difficult position from a pitching perspective, as evidenced by Friday, when the team didn't reveal its starting pitcher for the evening game until officially promoting left-hander Ross Detwiler in the afternoon.

"For this year, we have had to piece it together some," Hahn said about the pitching staff. "We need more from the starting rotation to build a championship club than what we have gotten this season. For 2019 and addressing this with veteran pitchers, this is not what this is about. We are in year three of this rebuild. We remain focused on building a winner for the long run. That means even jumping up and trying to grab the second wild card is not what this rebuild is all about. This is about the long term, and we are not going to compromise off of that."