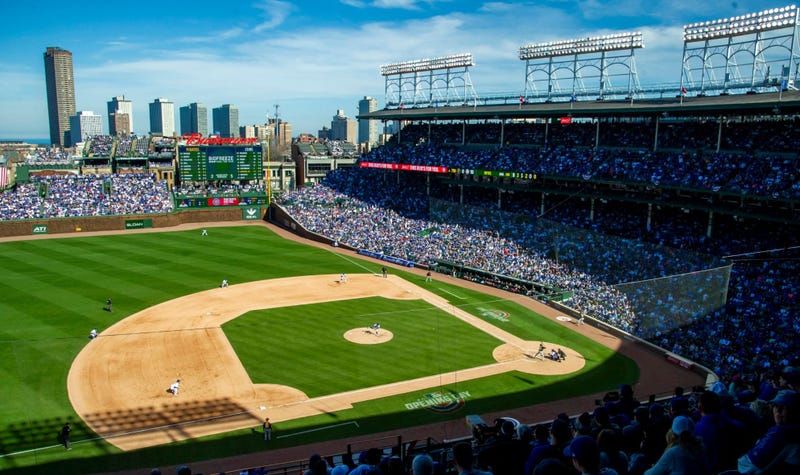 (670 The Score) Answering calls from across baseball to enhance fan safety, the Cubs plan to extend the protective netting at Wrigley Field in 2020, a team source said Monday.

The Cubs are in talks now with firms that specialize in the business of engineering protective netting. How far the netting will be extended has yet to be decided, but sources suggested it could extend to about where the old bullpens once existed.

All MLB teams extended their protective netting to the far end of the dugouts ahead of the 2018 season, and that's how far the netting at Wrigley Field currently goes. In July, the White Sox became the first team in baseball to extend their netting all the way to the foul poles. The Nationals and Rangers have also extended their netting, and the Orioles, Dodgers and Blue Jays are other organizations that have announced similar plans for the 2020 season.

There are several reasons the Cubs may not extend the netting all the way to the foul poles. Wrigley Field has the longest distance to the foul poles in MLB at 355 feet to left field and 353 feet to right field, and the configuration and angles of the wall down the lines is such that there's some concern that the implementation of netting could lead to a distracting view. The Cubs also plan to weigh feedback from season-ticket holder focus groups in deciding what length of netting would be both protective and visually acceptable in the fans' opinion.

The push to protect fans with extended netting intensified in late May after a line-drive foul ball off the bat of Cubs outfielder Albert Almora Jr. struck and hospitalized a young girl in Houston.

The expectation is that all 30 teams will extend their netting beyond the end of the dugouts in the future, sources said. MLB hasn't yet mandated it, instead monitoring the situation at each ballpark.