(670 The Score) The only thing more exciting than the fact that Week 1 has finally arrived is the fact that we no longer have to talk about how much longer it is until Week 1 arrives. The Bears are back and judging by their preseason, they'll never lose again. Congrats to all involved. The 49ers are in town, just in time to remind us that even when teams think they have their quarterback situation figured out, a lot of times they kind of don’t? Maybe those weird (read: dumb) quarterback rankings from FiveThirtyEight that had Trevor Siemian higher than Justin Fields were on to something? Let’s leave the quarterback panic alone until Week 6 and dive into this extremely 12 p.m. opener between non-divisional opponents by breaking down the key matchups to watch.

49ers DE Nick Bosa vs. Bears OT Braxton Jones
Here are some #fun #nuggets about Bosa's performance in 2021: He ranked fourth in total sacks (15.5) and sixth in pass rush win rate (23%) while being far and away the most double-teamed pass rusher in football.

So, you know, it’s probably a wash as Bosa goes up against the rookie out of FCS Southern Utah. Jones’ impressive camp sort of took a back seat to all the Teven Jenkins stuff that happened over the final two weeks or so, which is probably a little bit of a blessing in disguise – are we realllllllly sure that we should be as confident about starting a rookie left tackle as everyone seems to be? There’s the whole "the Bears don’t actually have a choice" factor, which is fair. We’ll see! Mysteries can be fun, especially when you’re not the one who has to run away from Bosa while also running away from a half-dozen other guys while also making sure even more guys behind them aren’t going to intercept the ball you now have to throw from an awkward angle on a play that's no longer working.

49ers coach Kyle Shanahan vs. Bears CB Kyler Gordon and S Jaquan Brisker
Shanahan is a dark wizard of the modern passing game, quite literally to a fault. (Falcons fans nod grimly.) The 49ers are going to have so many shenanigans going on before, during and after every passing play that even thinking about how much pre-snap motion they’re going to put Deebo Samuel and Kyle Juszczyk through makes me winded. Gordon and Brisker both came to Chicago advertised as this rookie class’ plug-and-play guys – at least on defense – and given the Bears' first official depth chart, nothing has changed there. Brisker put especially encouraging stuff on tape before hurting his hand, but the cast is off and he was listed as a full participant in practice Wednesday. I’d argue there’s more upside in the secondary than just about any other non-quarterback position group on the Bears' roster, but as it stands currently, they’re headed into The Games That Count with exactly one (1) player who has played solid NFL football over the last three years. Hope those Peanut Punch drills worked! 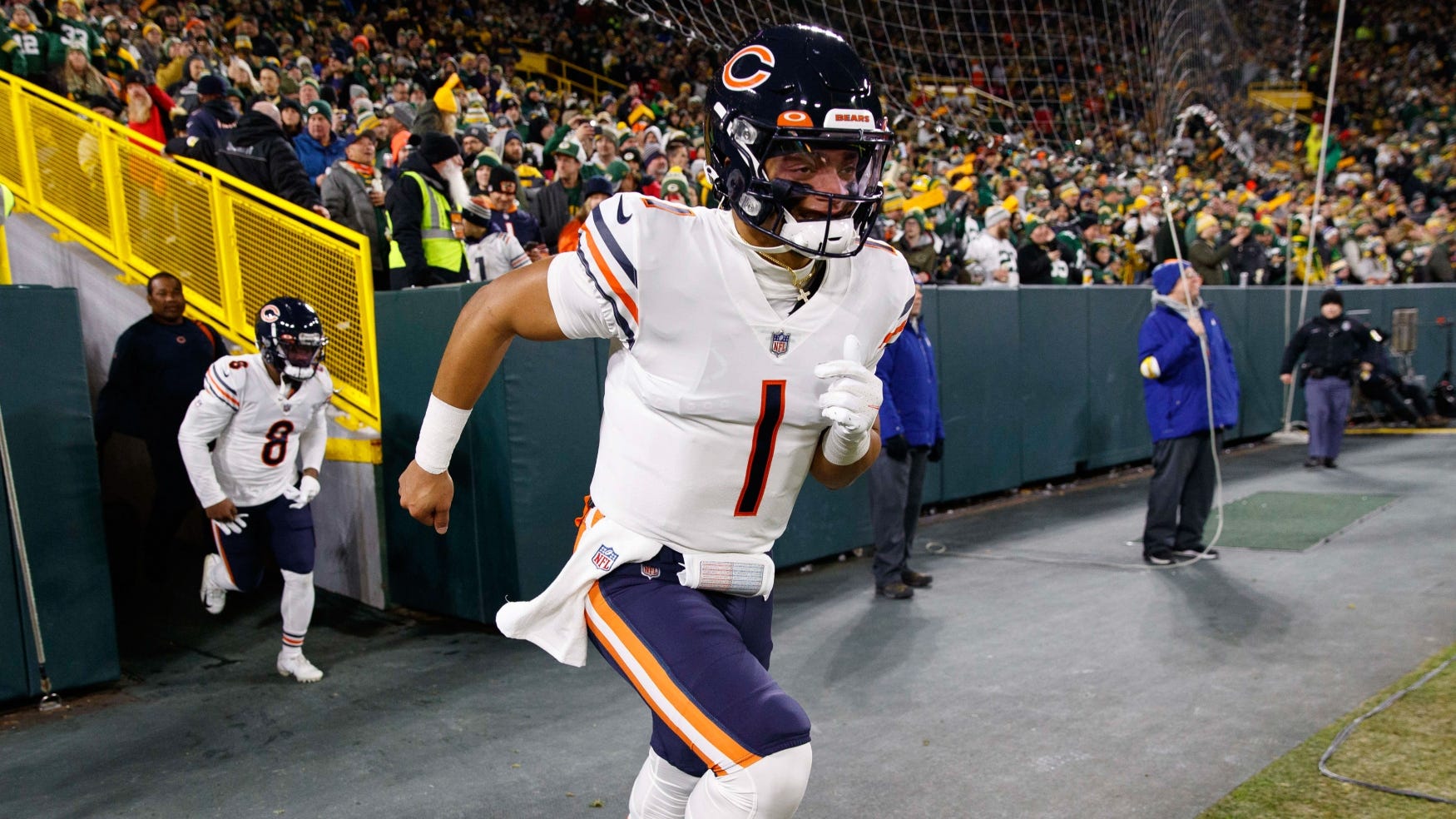 As captain, Justin Fields taking lead in driving Bears: 'He just doesn't want to lose at anything'