(670 The Score) Getting the ball run down your throat is an effective remedy for irrational football exuberance.

And while hustle and intensity on defense make for a fine rallying cry, it's one that's impossible to fulfill while getting blocked. Such is the latest fact of this new life for Matt Eberflus' Bears, as their first Lambeau Field experience against Aaron Rodgers and the Packers ended Sunday night like so many other games on that sad heap, with a 27-10 loss.

The Bears' opening upset of the 49ers raised some hopes, and this experience helped shove any rain-soaked optimism back in the appropriate place for a rebuilding season. There's no reason to get hung up on goal-line camera angles and comeback dreams when the distance from here to contention for such an understaffed roster is still so obvious. This possibly could've been a closer game late, indeed, but only because the Packers put the ball on the ground with no help from the Bears, and giveaways aren't the same as takeaways.

If this front seven can't better contain opposing rushers, the locally decried national opinions of the Bears as bottom-feeders are likely to be confirmed, and the evidence so far isn't great. The Bears are already dead last in the NFL in both total rushing defense with 379 yards surrendered and run attempts allowed with 75. Roquan Smith's contract drive is only proving right both Ryan Poles and all the other general managers who didn't want to trade for the disgruntled linebacker, who to this point has been a step late in all directions. Rodgers picked on rookie cornerback Kyler Gordon all night too, on the way to a 19-for-25 passing outing that included 14 straight completions to close it out. He stayed away from Jaylon Johnson because he could.

A big concern continues to surround Justin Fields, and it's the balance between having open receivers and the need to make them so with play-calling rhythm, timing and accuracy. Darnell Mooney has been targeted five times this season, resulting in two catches for a total of four yards. Cole Kmet's supposed breakout year has been two targets for zero receptions. Figuring out where the problems are exactly on this quarterback/receiver continuum has to be a priority for offensive coordinator Luke Getsy, especially as the line and their own run game have been more competent and effective than some of us expected. 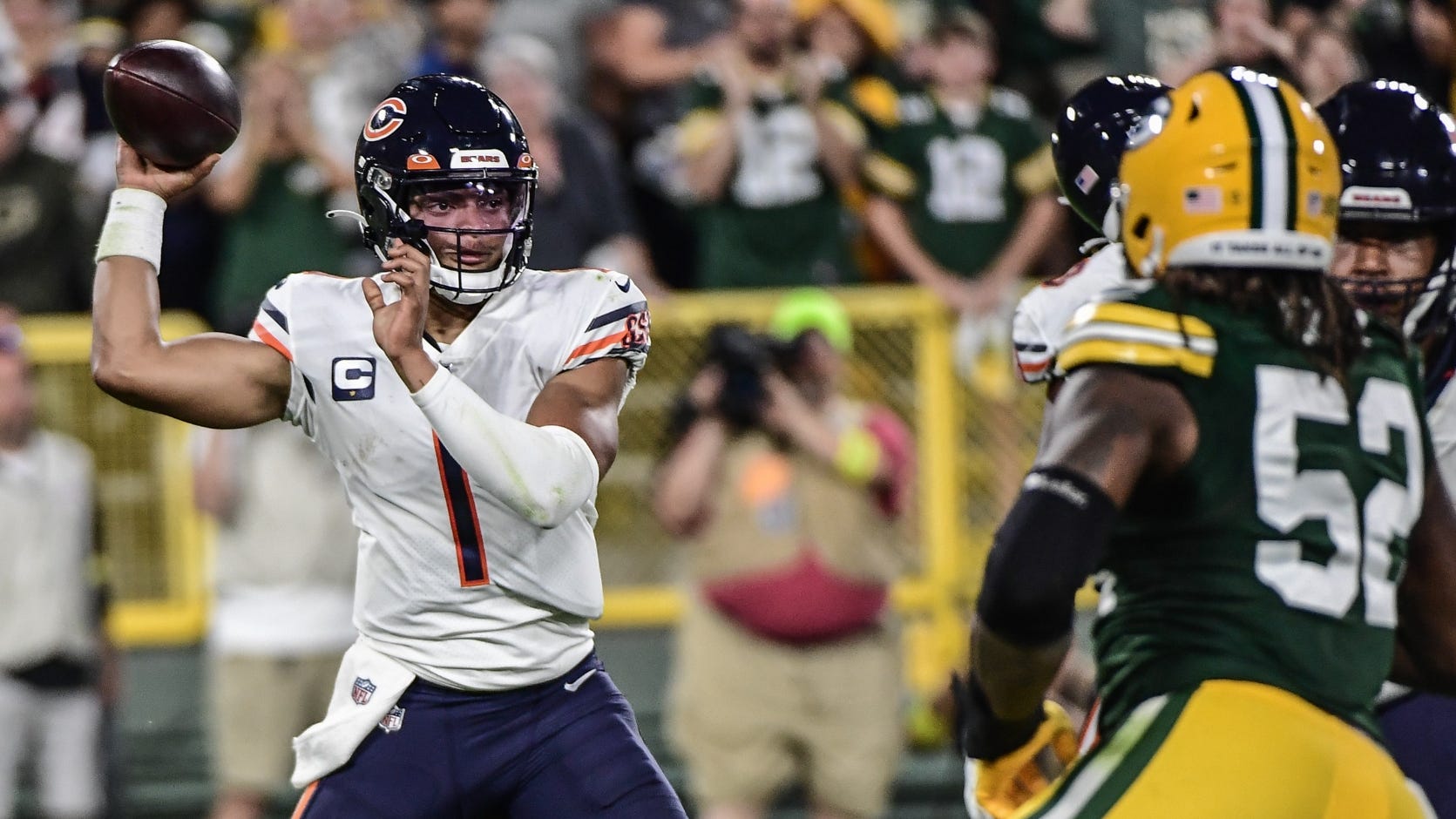 Life should be easier for the for Bears next week against the Texans, allowing for some of this decidedly non-linear development across the board to have a better chance for positive steps. But games against the Packers are often an appropriate indicator of current Bears condition, as another one was Sunday night.

There are only a handful of players out there now who will be part of the Bears when it all starts to matter more, and figuring out who they are and aren't is largely the point of the season. Games at night on national television against historical rivals can understandably inflate such data gathering into outsized spectacle, but none of it changes the facts on the ground that will keep raising expected and appropriate questions for a new Bears regime.

We can try as hard as we want to see what's better and different, as so much stays the same.

Dan Bernstein is the co-host of the Bernstein & Holmes Show on middays from 10 a.m. until 2 p.m. on 670 The Score. You can follow him on Twitter @Dan_Bernstein.