Cubs outfielder Kyle Schwarber had a nice surprise for veteran left-hander Jon Lester on Tuesday as the team held workouts at Wrigley Field a day before its opener against the Marlins in the wild-card round. Schwarber narrated a video that played on the left-field videoboard thanking Lester for being a great teammate. It featured some comedy, was set to Sarah McLachlan's "I Will Remember You" and ended with Schwarber saying, "I love you, Jon."

Before workout, video plays of Kyle Schwarber saying how proud he has been to be Jon Lester’s left fielder. They share a hug afterwards as teammates clap. pic.twitter.com/MLeszzIXkv

It was an affectionate display between two longtime teammates who have played together since 2015, which marked Schwarber's rookie year and Lester's first year in Chicago. The Cubs had a strong season in 2015 and then accomplished their ultimate goal a season later, with both Lester and Schwarber playing big roles in the World Series in 2016 as the Cubs captured their first championship in 108 years. After a devastating knee injury early in the season, Schwarber had a dramatic return to action in the Fall Classic, hitting .412 with a .500 on-base percentage. Lester had won the MVP award in the National League Championship Series.

Now, 2020 may well be Lester's last season with the Cubs. He's set to be a free agent after this season. After starting a home game on Sept. 16, Lester was emotional and acknowledged it could've been his final start ever at Wrigley Field. 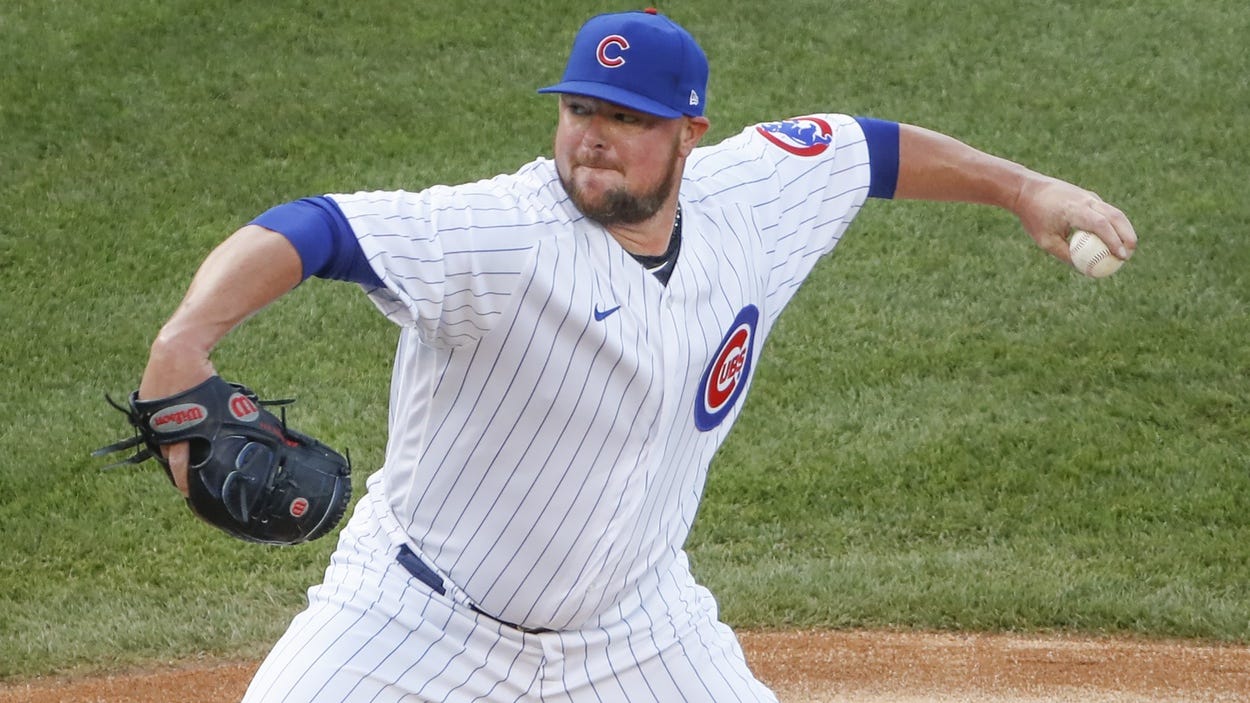 After possible final Wrigley Field start, an emotional Jon Lester laments not being able to say goodbye to Fenway Park fans in 2014

While the tear-jerking display that took place in the above video may have left some with a bittersweet feeling of nostalgia and admiration, Schwarber, Lester and Cubs still have more work to do. The open their best-of-three series against the Marlins on Wednesday afternoon.