Without a preseason, you got the sense that some NFL teams were still working out kinks in Week 1.

Among those teams were the Philadelphia Eagles, who after being decimated by injuries entered the first week of the season with next-to-no offensive continuity. Despite Philadelphia jumping out to a 17-0 lead, an emerging defensive line for the Washington Football Team took advantage of the musical chairs of offensive lineman in front of Carson Wentz and caused the Eagles to blow a giant lead.

At least early on, it appears that teams with offensive continuity are going to have quick starts in 2020, ones that may ultimately determine postseason byes and seeding. As you'll see, all of the teams in the top five of our power rankings this week are returning large chunks of their offenses from a year ago.

Following an uneven Week 1 in terms of quality of play, here are our latest RADIO.COM Sports NFL Power Rankings: 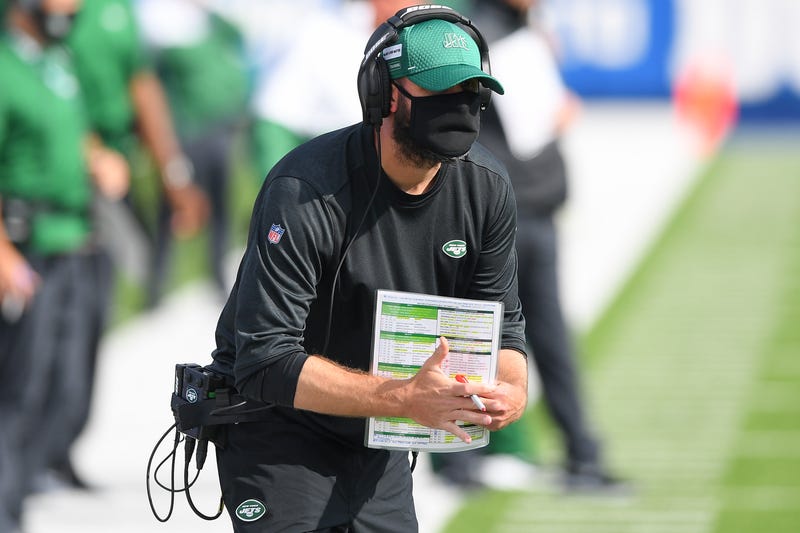 Jets get off to disastrous start in 2020

Nothing the Jets exhibited in their loss to the division rival Buffalo Bills particularly excites you about the present or the future. The team's leading rusher was 37-year-old Frank Gore, who ran for a whopping 24 yards. Le'Veon Bell left the game with a hamstring injury, one that figures to keep him sidelined for a few weeks. His Jets tenure has been a disaster to this point. If there's a silver lining, it's that Jamison Crowder had seven catches for 115 yards. However, after both the Washington Football Team and Jacksonville Jaguars won in Week 1, there appears to be a real possibility that the Jets are a bottom-five team in 2020. If they're picking in the top five in the 2021 NFL Draft, Adam Gase almost certainly won't still be the coach for the Jets. If they land one of the top two picks, the Jets may move on from Sam Darnold in favor of Trevor Lawrence or Justin Fields. Even if the Jets aren't a playoff contender in 2020, there's a lot to play for. 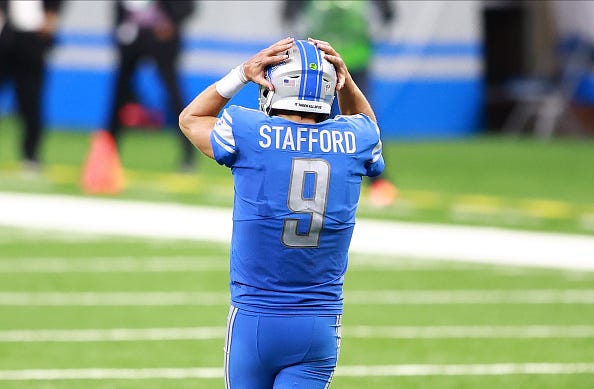 Has any quarterback's legacy ever been hurt more by the team that he was drafted to than Matthew Stafford's? Stafford has thrown for more than 41,000 yards in his career but has a record of 69-80-1, which actually isn't terrible when you consider he was the No. 1 pick in Detroit the season after the Lions went 0-16. Still, the 32-year-old Stafford isn't properly appreciated, because he plays for an organization that's failed to put a cast capable of competing for the playoffs consistently around him. The Lions' loss to the Chicago Bears was one of the more painful ones in the Stafford era. The Lions entered the fourth quarter with a 23-6 lead, but coach Matt Patricia's defense allowed a seemingly underwhelming Chicago offense to score 21 in the fourth-quarter comeback. Even after all that, Stafford nearly led the Lions on a game-winning drive, but rookie running back D'Andre Swift dropped a ball that Stafford placed perfectly in his hands for what would've been the game-winning touchdown. All you can do is shake your head when thinking about the hand that Stafford has been dealt. 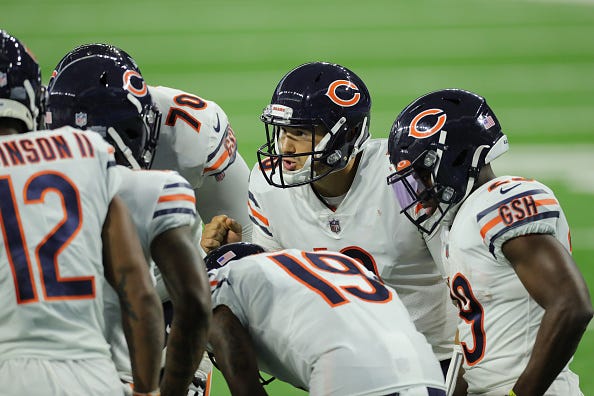 On the flip side…

Even though the Lions have exhibited a tendency to collapse in the fourth quarter under Patricia, no one would've bet on Mitchell Trubisky throwing three fourth-quarter touchdowns in Week 1. But that's exactly what happened and coupled with Swift's inexcusable drop, it allowed the Bears to escape with a win. Was this a fluke win? Probably, but these early season comeback victories are the type that can galvanize a team and allow them to go on a run. The Bears will see the New York Giants and Atlanta Falcons in the next two weeks, so a 3-0 start isn't unfathomable. 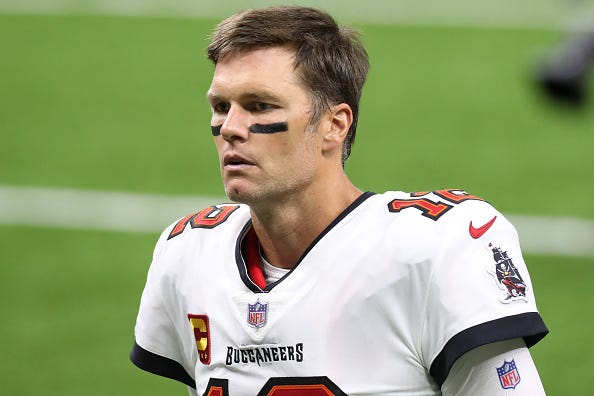 Brady led the Buccaneers on an impressive opening drive, which culminated with a two-yard quarterback sneak for a touchdown. However, the Buccaneers were outscored 34-16 in the final three quarters of the game. After throwing only eight interceptions in 2019, Brady was picked off twice in his first game as a Buccaneer. Should the Buccaneers panic? No, but perhaps preseason expectations got out of hand, especially with no actual preseason games for a team with so much turnover. Brady will get on the same page with his offense, and Mike Evans will get healthy. That said, it may take the first month of the season for that to take place, so if the Buccaneers are going to make a deep playoff run in 2020, it will probably be on the road. 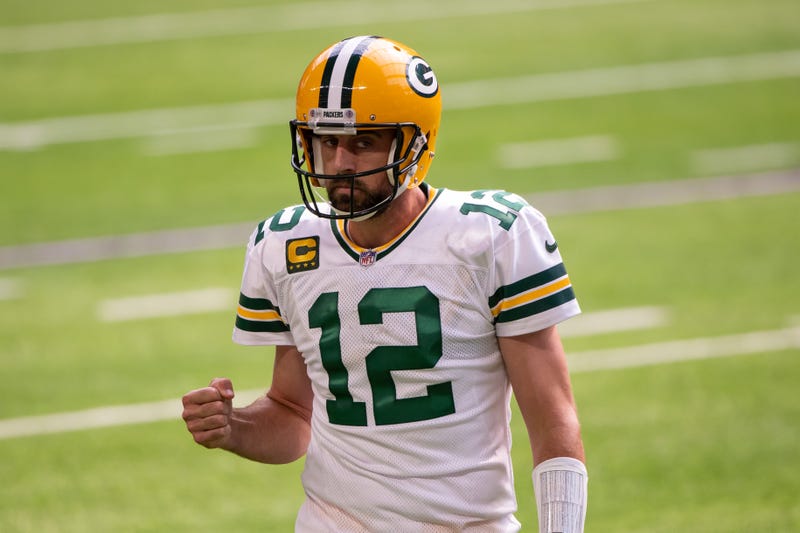 For how much discussion there was about Aaron Rodgers after the Packers traded up to draft his likely successor in Jordan Love, it seems that a huge Week 1 performance from Rodgers was glossed over in a way. Despite Green Bay's defense allowing the Minnesota Vikings to put up 34 points, the Packers won their opener -- and it wasn't primarily because of the running game. While seven different players - Rodgers included - did rush for 158 yards for the Packers, it was the passing game that allowed them to win in a shootout. Rodgers threw for 364 yards and four touchdowns in the victory. While it's always encouraging for Davante Adams to turn in an elite performance - 14 catches for 156 yards - the most encouraging part of the Packers' win may be that it wasn't just Rodgers and Adams. Marquez Valdez-Scantling and Allen Lazard both did a tremendous job of stretching the field, combining for eight catches and 159 yards. 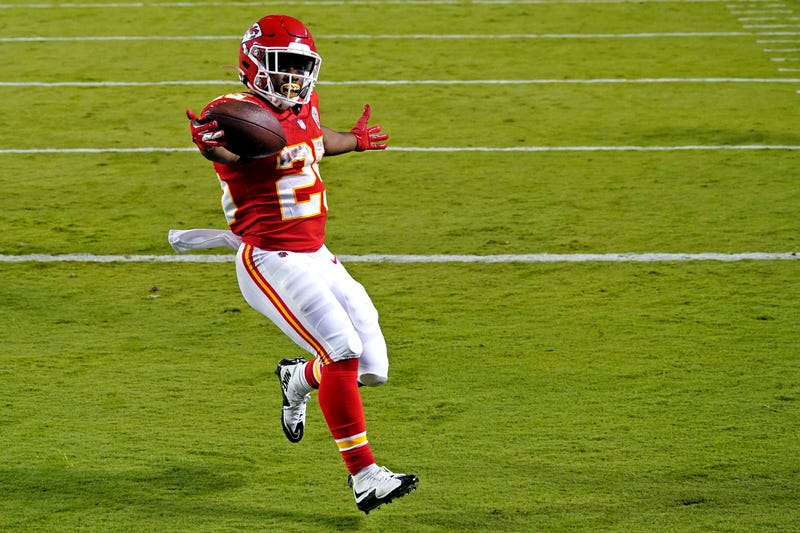 Chiefs pick up where they left off … and then some

Injuries can change any team's outlook, but the Chiefs looked like a team capable of pushing for a 16-0 regular season in their throttling of the defending AFC South champion Houston Texans in Week 1. Even with Tyreek Hill and Travis Kelce held relatively in check, Patrick Mahomes and the Chiefs offense put up 34 points. Over the last two seasons, Andy Reid and Eric Bieniemy have presided over an offense that's put up historic production. The idea that they now have Clyde Edwards-Helaire -- who ran for 138 yards in his NFL debut -- at their disposal seems unfair.