(RADIO.COM Sports) The two juiciest matchups on the Week 11 slate in the NFL are division rematches.

On Thursday evening, Russell Wilson and the Seahawks will welcome Kyler Murray and the Cardinals to CenturyLink Field for a crucial division matchup. The Seahawks, Cardinals and Rams are in a three-way tie atop the NFC West, though Arizona currently owns a tiebreaker against Seattle after defeating it on Sunday Night Football in Week 7. What's more, Murray has perhaps surpassed Wilson in the race for the NFL MVP.

On this week's edition of Sunday Night Football, the Raiders will host the defending Super Bowl champion Chiefs, whose lone loss this season came against Raiders at home in Week 5. After that upset win, the Raiders apparently took a victory lap around Arrowhead Stadium in their team bus, something that Chiefs coach Andy Reid didn't appreciate.

It's hard not to be giddy about these two rematches.

Before we get to our predictions on the full slate of Week 11 games, let's take a look at the current standings among our RADIO.COM Sports central team members.

Without further ado, here are our selections on every game from Week 11. 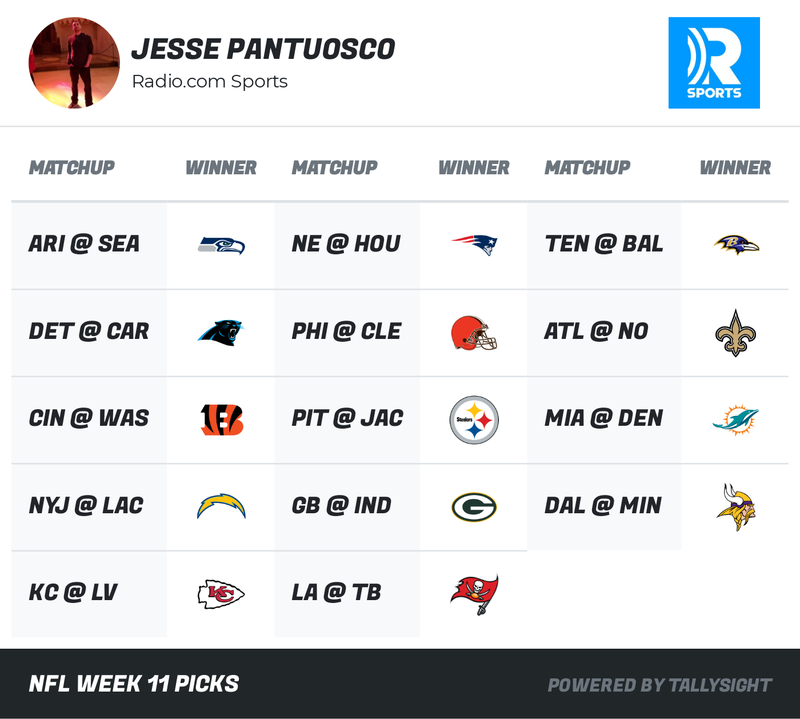 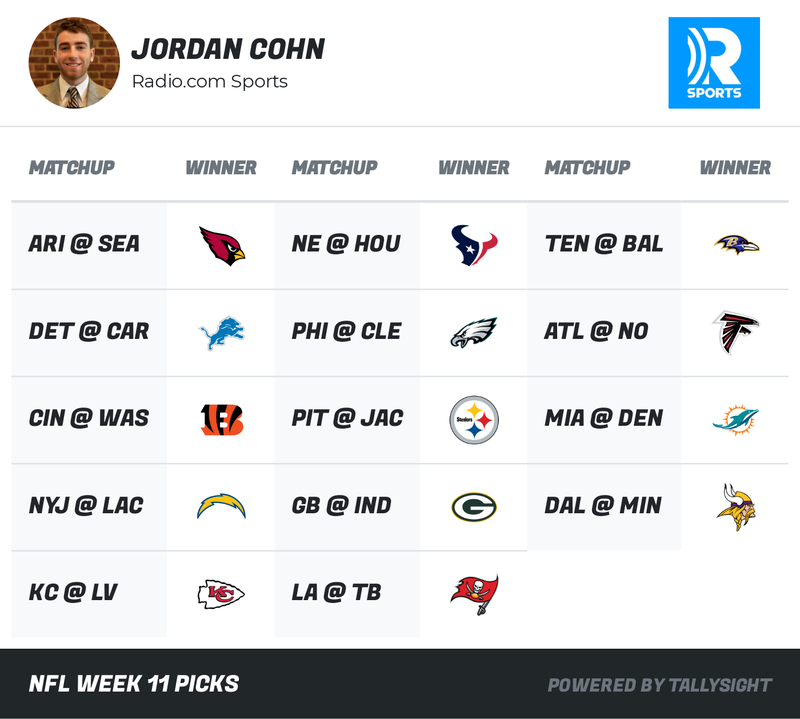 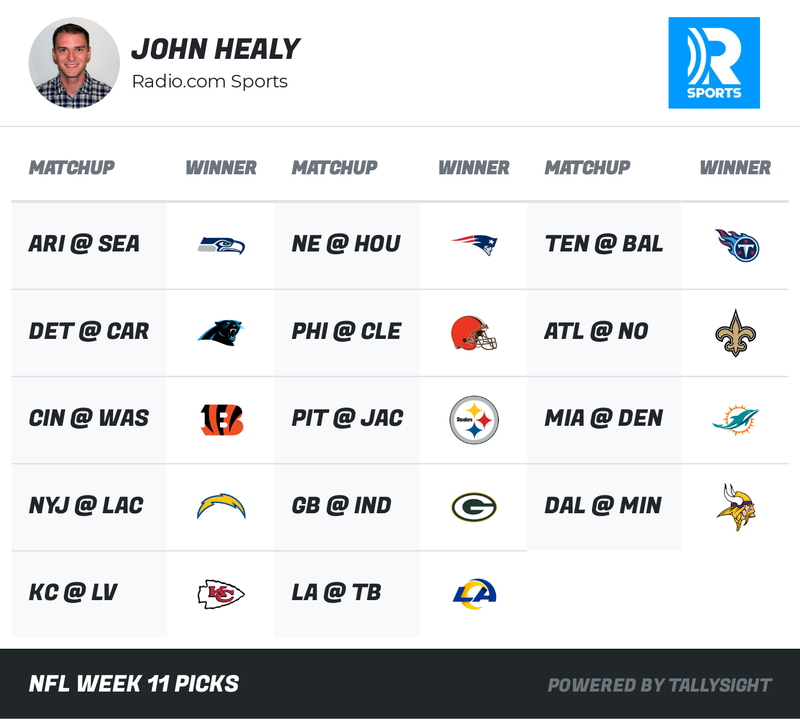 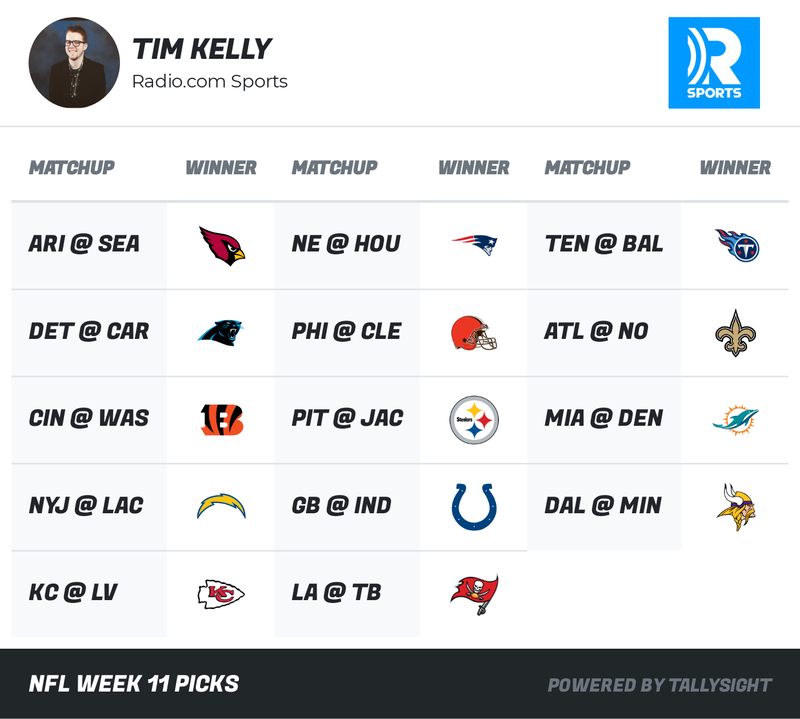 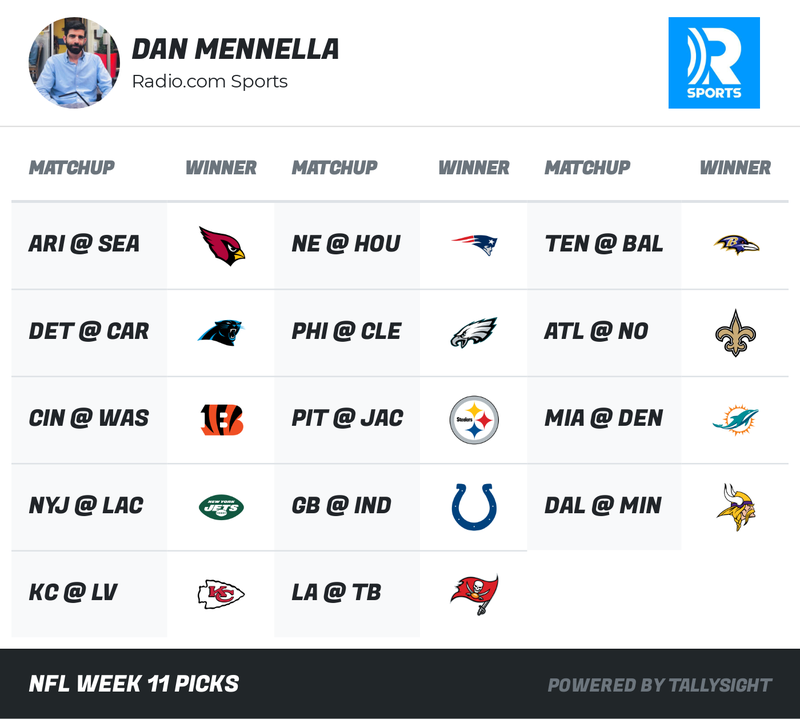