49ers quarterback Jimmy Garoppolo grew up as a Chicago Bears fan in Illinois, which means he probably grew up hating the Packers.

So after 49ers kicker Robbie Gould bailed him out with a 45-yard field goal as time expired to send San Francisco to a thrilling 13-10 win over Green Bay on Saturday, Garoppolo was fired up. Anytime you make it to a conference championship game, it has to feel otherworldly, but it sounds like Garoppolo took some extra satisfaction in getting the win at Lambeau Field.

Robbie Gould with the game winning field goal to beat the Packers:

Jimmy Garoppolo finding him for the embrace:

As Andy Nesbitt of For The Win noted, it sounds like Garoppolo yelled, “F–k the Packers! F–k them!” There are a lot of people in the video frame, and it was obviously a chaotic on-field scene, but NFL Twitter was already running with it by Saturday night.

Gould knows all about the Bears-Packers rivalry, as he spent the first 11 seasons of his career in Chicago. He actually enlisted the help of Minnesota Vikings kicker Greg Joseph this past week to get a read on Lambeau Field, so the NFC-North-hates-the-Packers vibes were strong with this one.

Garoppolo needed Gould’s help on a night in which the 49ers offense didn’t generate any touchdowns. Garoppolo struggled for the second straight playoff game, finishing the contest 11-of-19 for 131 yards and a red-zone interception. 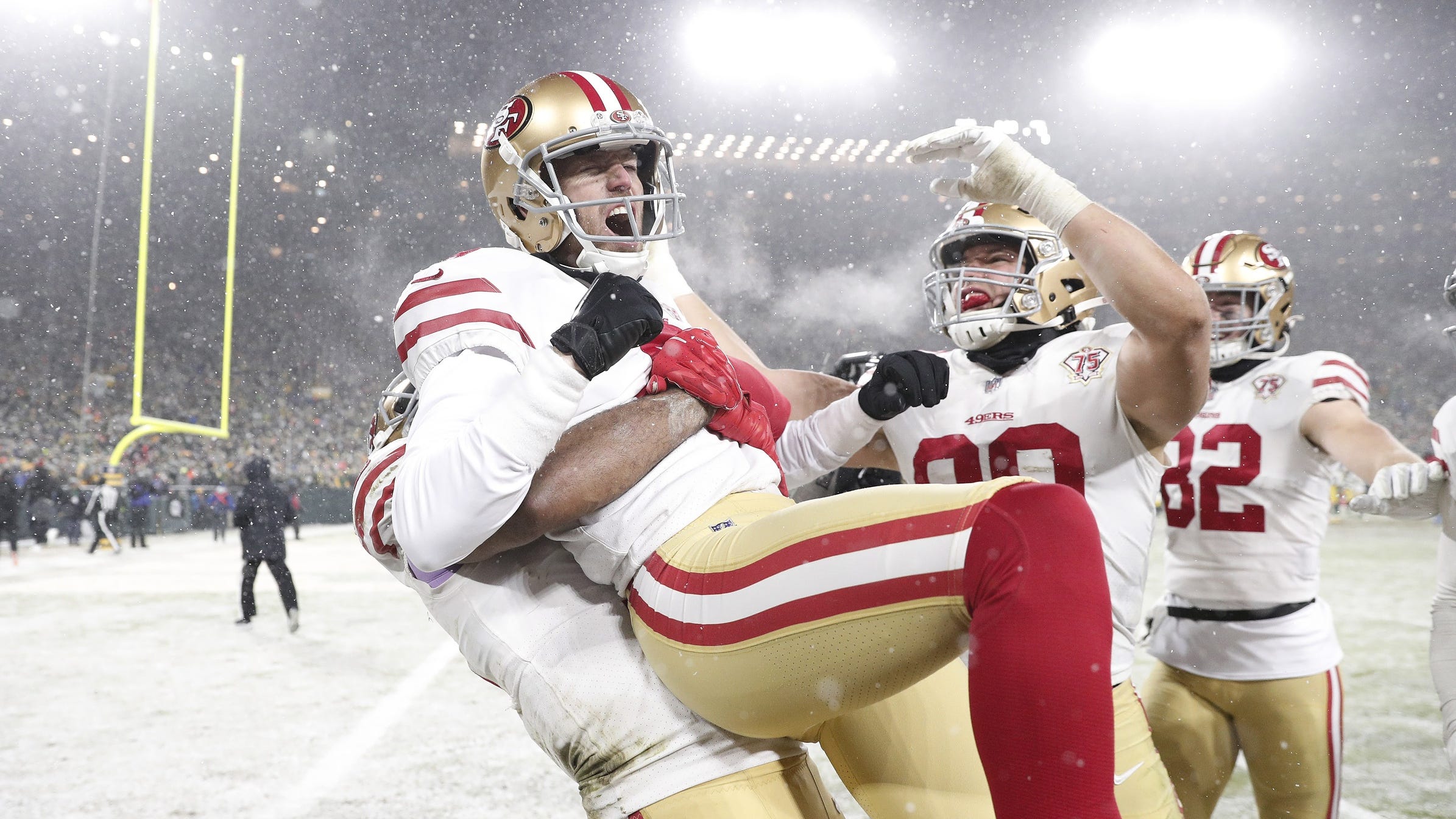