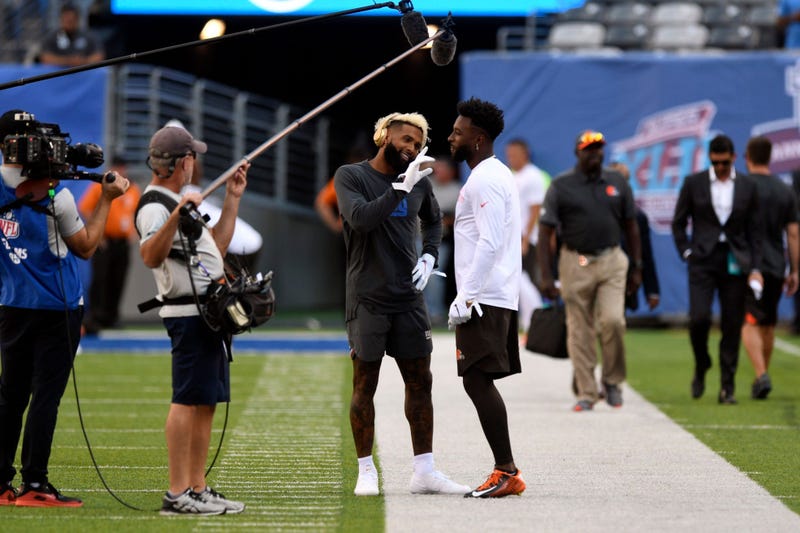 The NFL Network's Aditi Kinkhabwala joined Ken Carman and Anthony Lima to talk about what she has heard with the Odell Beckham Jr. trade rumors that involve the Browns.

Aditi said the Giants laughed at the Browns offer of Kevin Zeitler, Emmanuel Ogbah and one more player.

"I wouldn't feel confident describing them (the rumors) as serious. I think it's the time of year where there are lots and lots and lots of conversations."

Kinkhabwala went on to say that Browns general manager John Dorsey "is not afraid to be aggressive, he's not afraid to make bold moves, this is clearly a team that feels it's on the precipice of doing something significant."

"Not just having a winning season but making the playoffs, making a run of some kind. He's not going to be afraid to go out and do something like that."

Plus, Aditi hit on if Antonio Brown will be a distraction for his new team, wherever he may land.