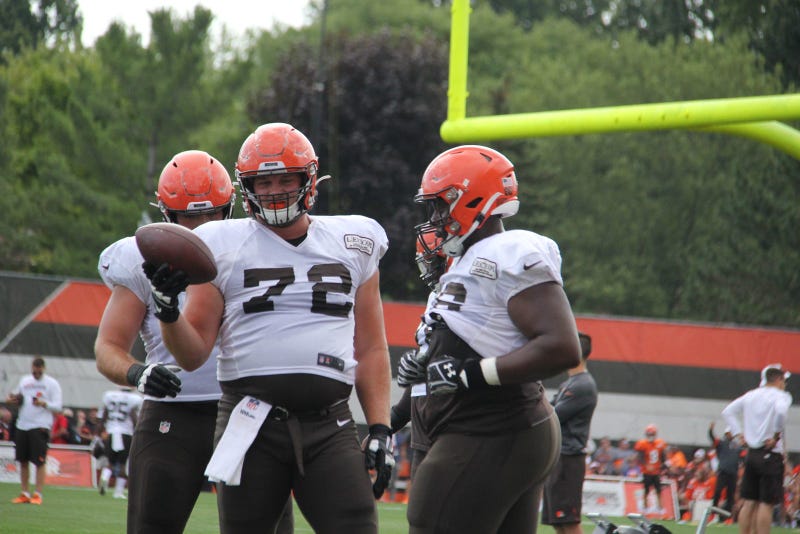 Cleveland, Ohio (92.3 The Fan) – When the Browns agreed to trade right guard Kevin Zeitler to the New York Giants for defensive end Olivier Vernon on March 8 they were sure they’d be able to fill his shoes up front.

But they’ll go with the best they’ve got and that is – for now – Eric Kush.

“If we had to play a game today, Eric [Kush] would be our right guard,” Kitchens said Saturday.

Austin Corbett, selected 33rd overall in the 2018 NFL Draft, has struggled mightily and been a big disappointment.

“He’s got to continue to get better. He’s not a finished product by any stretch of the imagination,” Kitchens said.

It’s clear the Browns aren’t satisfied with the unit up front, especially right guard, and general manager John Dorsey remains on the lookout for help.

“There’s always competition and what these guys have to understand, they’re being evaluated every day,” Kitchens said. “So right now, Eric will get the first shot from the standpoint of seeing what he can do. And I think he’s been doing fairly well. Not good enough yet, but he’s going to continue to get better to get there.”