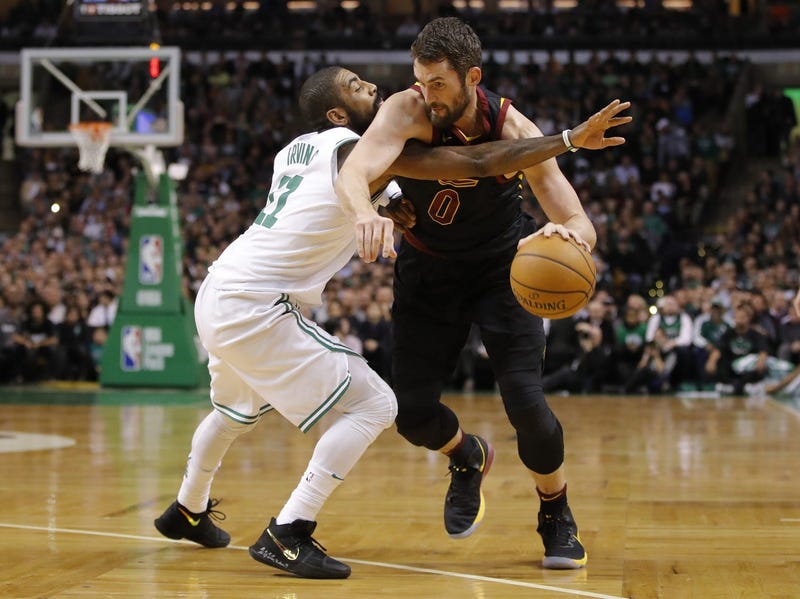 Or show his face at Quicken Loans Arena.

Irving didn’t even make the trip for Tuesday night’s 116-106 Celtics win over the Cavs marking the third straight game in Cleveland he has avoided playing for one reason or another.

“It is odd,” Kevin Love said. “This is nothing against anybody not coming back, or Kyrie for that matter. I know that as his former teammate and as a friend of his, I love him. Signing back on with the city of Cleveland, this is my what, my fifth year now, be headed into my sixth next year, this is a great city.

The Celtics, who are now 11-2 without their leading scorer this season, said Monday Irving would sit out because of ‘load management’ despite not playing another game until Friday night.

On Sunday Irving was asked if it still means something to return to Cleveland where he helped the Cavs win the 2016 NBA championship by hitting the go-ahead three pointer with less than a minute to play in Game 7 of The Finals against Golden State.

“No, not at all,” Irving was quoted as responding.

Irving has played once – the 2017-18 season opener – at The Q as a member of the Celtics since demanding a trade in the summer of 2017. He hasn't returned since skipping preseason, regular season and even last year's Eastern Conference Finals visits.

“I know he’s been hurt. I know he’s gearing up for the playoffs as he should and getting his body right and his mind right for that,” Love said, “but whenever he comes back I know for a fact that we, and the whole city and the state of Ohio, everybody remembers him from 2016 and that big shot.

Since the trade, Irving has bashed the city of Cleveland and Cavaliers fans on multiple occasions, which is a shame because after hitting the biggest shot in franchise history that helped end a 52-year championship drought, Irving could be revered for eternity.

His jersey may someday even be retired.

The Cavs haven’t scrubbed Irving from the walls of the arena or their practice facility either. He remains a prominent fixture in enlarged photographs commemorating that 2016 championship, as he should be.

Whatever discomfort Irving has about returning to The Q, it’s of his own creation through his unkind words and personal perception of the type of reception he’d receive as a result of them.