Brayan Bello didn’t exactly mow down the Tampa Bay Rays lineup Wednesday night, but for a 23-year-old with fewer than 10 Triple-A starts there were plenty of positives to take away.

Thanks largely to injuries, this season has seen the Boston Red Sox give looks to some of their younger starting pitching prospects, and Bello got his opportunity Wednesday. Boston's top starter prospect allowed four runs over as many innings, giving up six hits with three walks and two strikeouts.

There were times were you could spot things to be encouraged about. His stuff is electric, there’s no disputing that, but it’s clear that figuring out how to attack big league hitters is going to be a learning curve for him.

“I think really what we saw was as advertised, which was a really exciting young pitcher with an electric arm,” Bloom said Thursday morning. “The moment wasn’t too big for him, obviously it didn’t go results-wise exactly the way he would’ve hoped. But those things can happen in a big league debut, and for that matter any one start. I think you saw all the potential he had and all the reasons we’re excited about him.

“When you talk about a debut, obviously the adrenaline is going to be pumping a little more than usual, and that might impact on some level how well you execute. I’ve seen him have games in the minor leagues where he executes better than he did last night, but it wasn’t like he was scattering the ball. I think he was mostly around the strike zone. There’s a couple pitches he’d like to have back, but on the whole I think he did a pretty good job.

“You could see things would happen on the field, it wasn’t like his composure failed him or he was rattled. He takes things in stride pretty well, that’s always been the case with him, and that was no different last night. We know he’s not a finished product, the guy has started nine games in Triple-A I believe, we know there’s still some development left.”

The Red Sox over the next few weeks could end up getting back Chris Sale, Nathan Eovaldi, Michael Wacha and Rich Hill, with James Paxton expected to return in mid-August. That will result in fewer opportunities for guys like Bello, Josh Winckowski and Connor Seabold, unless they were to be used as relievers.

The Red Sox have not shied away in the past from putting starting pitching prospects in the bullpen, or just outright converting them to relievers.

That does not appear to be the plan for Bello.

“This guy is as exciting a starting pitching prospect as we’ve had in a long time, I don’t think you want to take one of those guys and turn him into a reliever unless you absolutely have to,” Bloom said. “Obviously, down the stretch at the end of the season when it’s all hands on deck you do what you need to do. Just over the long haul of summer, we monitor everyone’s workload carefully.”

Bloom said a specific plan for Bello has yet to be mapped out and that they’ll determine next steps for him in the coming days. 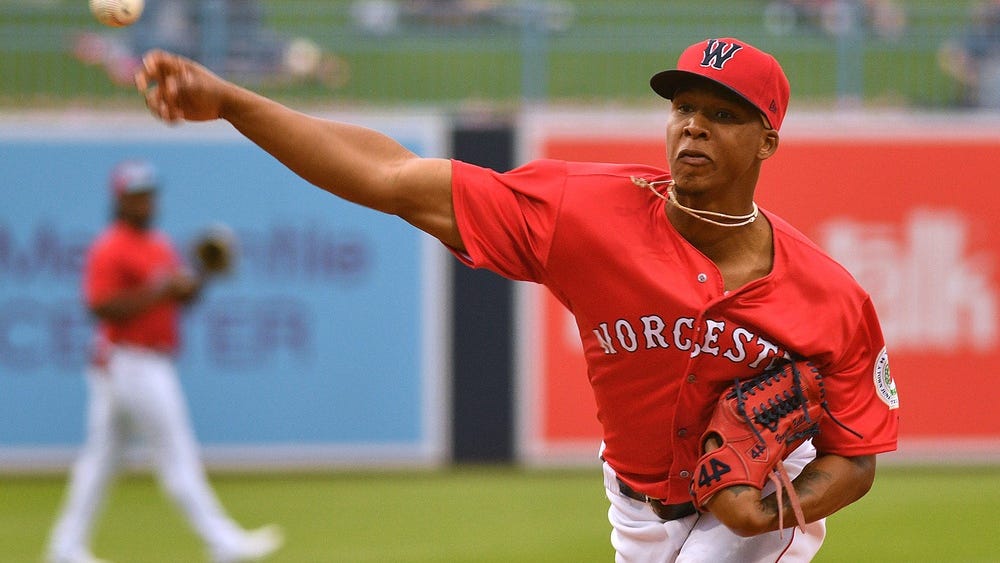