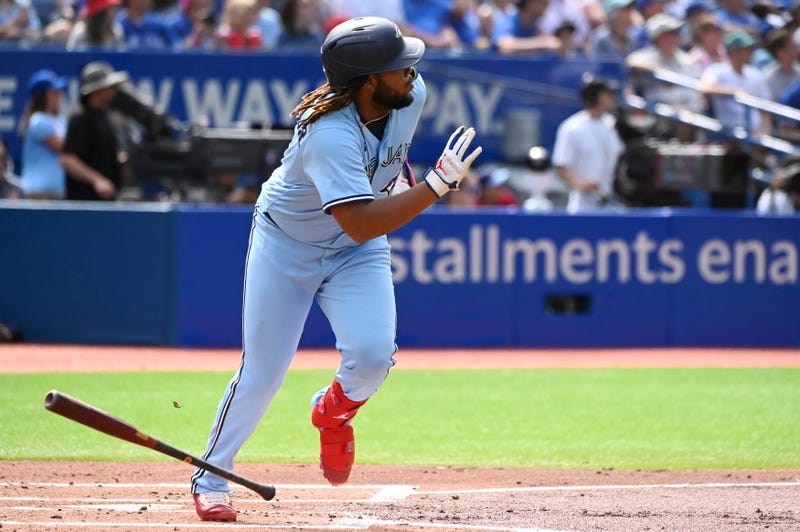 Hernández and Chapman both connected off Guardians starter Triston McKenzie, who has lost three of his past four decisions. McKenzie (8-9) allowed two runs and five hits in 6 2/3 innings.

Vladimir Guerrero Jr. extended his career-best hitting streak to 22 games with a double in the first as the Blue Jays snapped a three-game losing streak. He has the longest active hitting streak in the majors.

Cleveland, the AL Central leaders, lost for the third time in 10 games.

Anthony Bass (3-3) pitched one inning for the win as five Toronto relievers combined to pitch 4 1/3 shutout innings in relief of Mitch White.

Pinch-hitter Will Benson reached on a one-out single in the ninth, advancing to second on shortstop Bo Bichette’s throwing error. With the sellout crowd of 44,977 on its feet, Romano struck out Steven Kwan looking to finish it, earning his 26th save in 30 chances.

Making his second start for Toronto since being acquired from the Dodgers earlier this month, White allowed one run and three hits in 4 2/3 innings, leaving with runners at first and second. Zach Pop came on and got Guardians slugger José Ramirez to fly out to the warning track in center.

Adam Cimber got two outs before Bass took over in the seventh.

Giménez hit a two-out RBI single in the first.

The Blue Jays tied it in the fifth on Chapman’s 23rd homer. The leadoff shot snapped a 16-inning scoreless drought dating to Tuesday’s game at Baltimore.

Chapman matched Guerrero for the Blue Jays team lead in home runs with his drive to left.

Hernández put Toronto in front with a leadoff homer in the seventh, his 17th.

Giménez made an excellent play at second base to deny Toronto a run in the seventh.

Blue Jays: OF George Springer (right elbow) was scheduled to hit on the field and test his arm with some light throwing, interim manager John Schneider said.