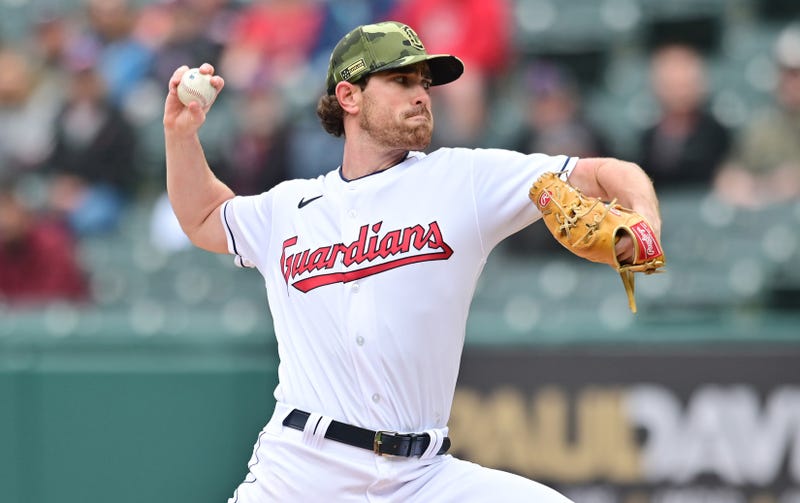 CLEVELAND, Ohio (92.3 The FAN) - The Detroit Tigers avenged their Friday night loss to the Cleveland Guardians by beating the hosts, 4-2, in their Sunday afternoon matchup at Progressive Field.

Guardians starter Shane Bieber (1-3) took the loss despite totaling 10 strikeouts in a 7-inning outing, in which the right-hander allowed six hits and three runs (two earned).

The Tigers (14-26) scored first with a Miguel Cabrera RBI double off Bieber in the opening frame. Cabrera, who tied Cal Ripken Jr. for 16th on the all-time doubles list (603), now totals 3,022 hits for his career - one behind Hall of Famer Lou Brock for 27th on the all-time hits list.

The Guardians struck back in the bottom half with an Owen Miller up-the-middle single that scored Amed Rosario to tie the game at 1-1. However, Daz Cameron matched Miller’s center-field knock with one of his own in the top of the 2nd to make it 2-1 Tigers.

Throughout the game, the Guardians’ defense managed some impressive plays, including catcher Austin Hedges’ pick-off of Cameron to end the top of the 2nd.

In the 3rd, Andres Giménez gunned down Robbie Grossman in his attempt to reach third base. One batter later, Giménez caught a Cabrera line drive before picking off Willi Castro at first.

Andrés Giménez is putting on a defensive clinic today!#ForTheLand pic.twitter.com/mEiWbad2Ox

It was in the fourth inning that Josh Naylor made an impact in his first game back from the COVID list. The first baseman cleared the center-field wall for the sixth time this season on a 416-foot rope off Faedo, tying the game at 2-2.

The Tigers would reclaim the lead in the 5th by tagging Bieber for two hits and an error on a Grossman ground ball that skipped past Naylor’s glove to make it 3-2 Detroit. Bieber would escape the inning, however, by striking out Cabrera with runners at the corners.

With one on and one out in the bottom of the 5th, Rosario would send a long fly ball to center field that was caught by Cameron at the wall. Cameron would double up Hedges at first to end the frame and stump the Guardians' scoring threat.

Daz Cameron takes a homer away and turns it into a double play! pic.twitter.com/7uhlZJAoqv

The two teams would remain scoreless before Javy Baez added to Detroit's lead with a solo home run off Bryan Shaw in the top of the 8th.

It's Javier Báez launching his 3rd long ball of the season, giving the @tigers some insurance here in the 8th inning! #DetroitRoots pic.twitter.com/kEo3dqUO15

Tigers closer Gregory Soto closed the game in the 9th for his 7th save of the season.