The Golden State Warriors are back in the NBA Finals for the sixth time in the Steph Curry era. This time around, as relayed by Curry and Klay Thompson during the post-game celebration, it feels a lot sweeter.

Even though Curry is mostly known for his three-point shooting and offensive prowess, the future Hall of Famer, along with Draymond Green got it done on the defensive end of the court these playoffs.

According to StatMuse, the two players who've allowed the lowest FG% from a player with 150+ shots these playoffs were Curry (allowing 37.5%) and Green, coming in at second, allowing only 38.3%.

Lowest FG% allowed by a defender with 150+ shots defended this playoffs:

While Green has always been known for his defense, winning the Defensive Player of the Year in 2017, Curry has always been labeled as the "weakest link," but this stat may dispel some of those critics.

According to NBA.com, players are 46-of-117 for 122 points (49.7% TS) with 20 turnovers when Curry is the primary defender. On the 868.2 partial possessions he’s been involved in as a primary defender, the opposition has scored 882 points these playoffs (101.6 offensive rating).

In fact, Curry himself was shocked that a reporter called him a two-way player, something the future Hall of Famer could certainly get used to by his reaction.

Steph Curry had the perfect reaction to being called a two-way player. 😅

We'll see if the Curry can keep impressing on the defensive side of the ball while the Dubs await the winner of the Eastern Conference Finals. 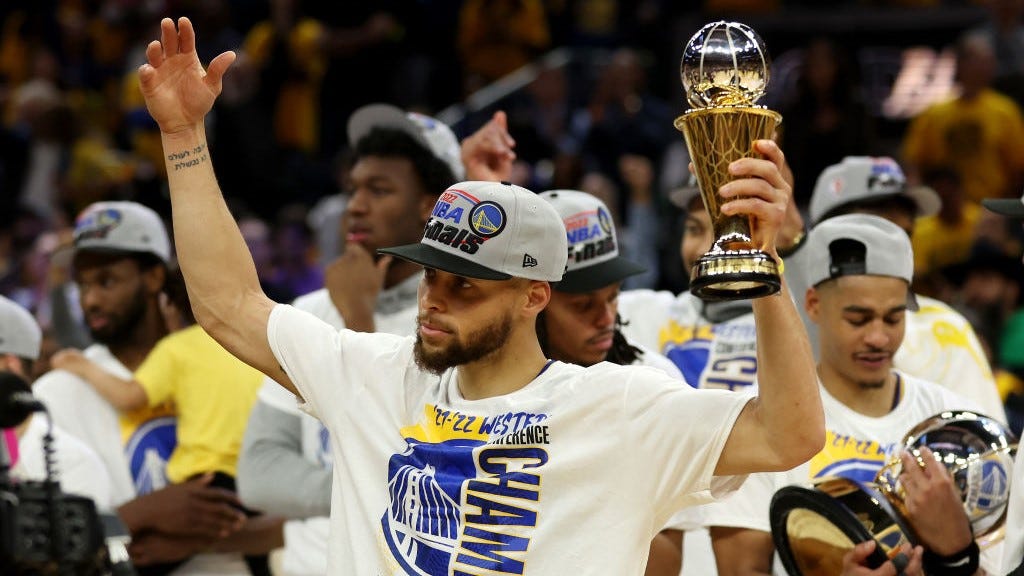 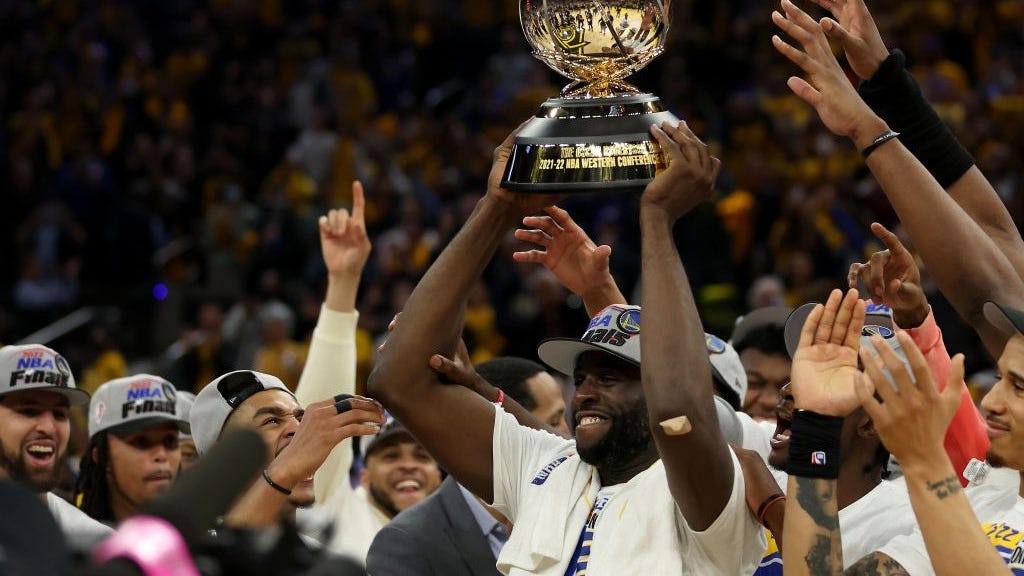 Ethan Sherwood Strauss: Draymond Green might be best defender ever