We’re now just two days away from the end of a painfully long wait for the Cowboys and the 49ers to kick off at AT&T Stadium.

With the game drawing closer, here are three matchups to watch on Sunday:

We’ve talked this week about how important establishing your play style will be for both teams on Sunday. Dallas wants this to be a track meet, and San Francisco is looking to play blue-collar football. Whichever team sets the tempo will win this game.

For Dallas to get their passing game going, they need to protect Dak Prescott.

The 49ers have had some issues with explosive pass plays this season, and they’ve allowed a 52% conversion rate on 3rd and 9+ over the last six weeks, which is by far the worst in the NFL.

But if Dallas wants to exploit those opportunities, they need to keep Dak clean, and make sure he’s not frazzled by the pass rush. We’ve seen that when protection breaks down in 2021, Dak tends to make worse decisions.

There are a couple of ways just with formations that the Cowboys can try to take their shots down field while keeping the 49ers front four in check.

Dallas can come out in max protect, run play-action to draw defenders in, and then trust Amari Cooper and CeeDee Lamb to win their routes down the field. The extra protection should give Dak the time necessary for a shot down field if Cooper and Lamb get separation.

The risk in max protect is that you might still be looking at double coverage on both Cooper and Lamb in those scenarios, depending on how San Francisco reads it. That happened on a play early in the game against New Orleans, and Dallas was forced to punt.

The Cowboys could also try to do the exact opposite of max protect and come out in an empty shotgun formation. That would open up the field and force San Francisco to account for a lot off the line of scrimmage. The 49ers could choose to blitz, which has not been fruitful against Dak Prescott this year, or they could bring four rushers and choose to cover, which would mean the Dallas O-Line would have less to account for in pass protection. The Rams had success attacking the 49ers that way.

The obvious concern with the empty gun is that you’re banking on the Cowboys offensive line to win their match-ups straight up without any extra help, which hasn’t always been a successful strategy for Dallas in 2021.

Regardless of how they choose to draw it up, they need the offensive line to do their jobs consistently and take the 49ers front four out of this game.

Which version of Greg Zuerlein are we going to get on Sunday?

Are we going to get the version of Greg Zuerlein that has missed more kicks (22) than any other kicker in the NFL over the last two seasons? Or are we going to get the guy who was a perfect 4-4 on game-tying or go-ahead field goals in the final two minutes of the fourth quarter this season?

Special Teams Coordinator John Fassel told reporters this week that Zuerlein’s struggles are psychological, and that they’ve worked on a fix for it this week.

Jerry Jones told Shan & RJ on 105.3 The Fan this week that Zuerlein’s struggles may mean the Cowboys have to adjust some of their decisions on the 49ers side of the field.
That could mean going for it on more 4th down opportunities, or perhaps attempting more two-point conversions, something the Cowboys are the third-best in the NFL at since 2018.

Regardless of how much the Cowboys try to limit the opportunities Zuerlein gets, it might still come down to him if this is a close game late.

With such thin margins between the Cowboys and 49ers, and oddsmakers in Las Vegas projecting a field goal’s difference between the two teams, Dallas will need Zuerlein to be the guy that made clutch kicks for them in 2021, rather than the guy who missed so many chip shots. 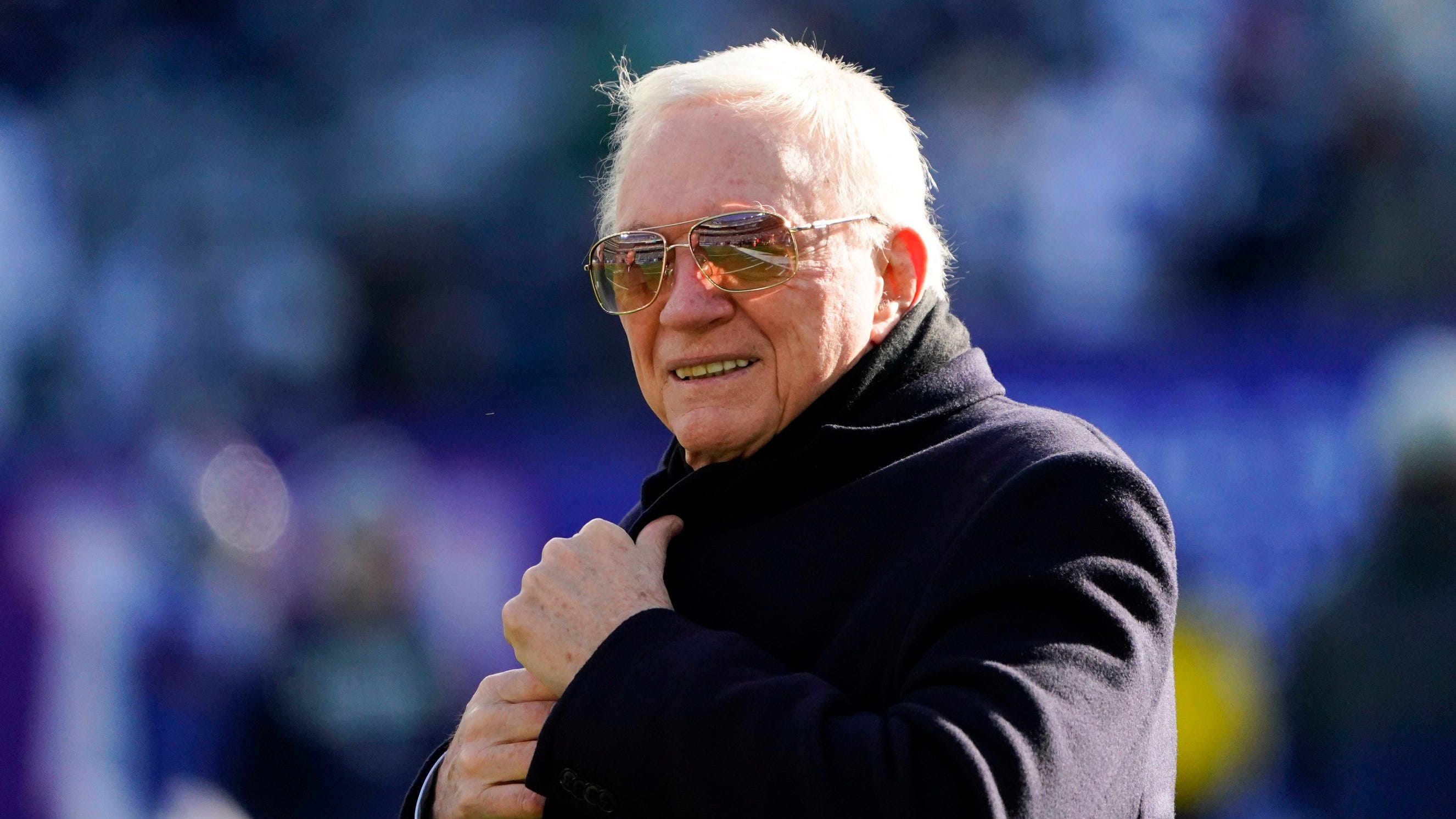 This is the chess match that will likely determine who comes out on top in this game.

By now everyone knows that Dan Quinn and Kyle Shanahan are quite familiar with each other. Quinn hired Shanahan as his offensive coordinator in Atlanta in 2015, and they made the Super Bowl together in 2016. Shanahan departed for San Francisco in 2017.

Both praised the each other this week, and said there are certain things they can count on seeing from the other, but both were quick to point out how different the other is since they worked together in 2016.

“It's still (Dan Quinn’s) style. They play the exact same way, and it's very obvious when you see them on tape,” Shanahan said. “But just coverage-wise and stuff, it's very different. Not as much cover three, and the type of man coverages they're doing.”

All week the discussion has been about preventing the 49ers from establishing their physical style of play, and having an answer for the creative ways that Kyle Shanahan likes to assert that identity. That means a lot is riding on Dan Quinn to counter the ways that the 49ers get the ball to the edges of the defense, and instead force them back inside.

At the end of the day, players need to make plays. They need to be able to execute. But when you have two teams that are as evenly matched as the Cowboys and the 49ers, the difference often comes down to the guys moving the pieces into position.

Quinn and Shanahan are considered to be two of the top schematic minds in football, and whoever wins out on the chess board is likely moving on to the divisional round. 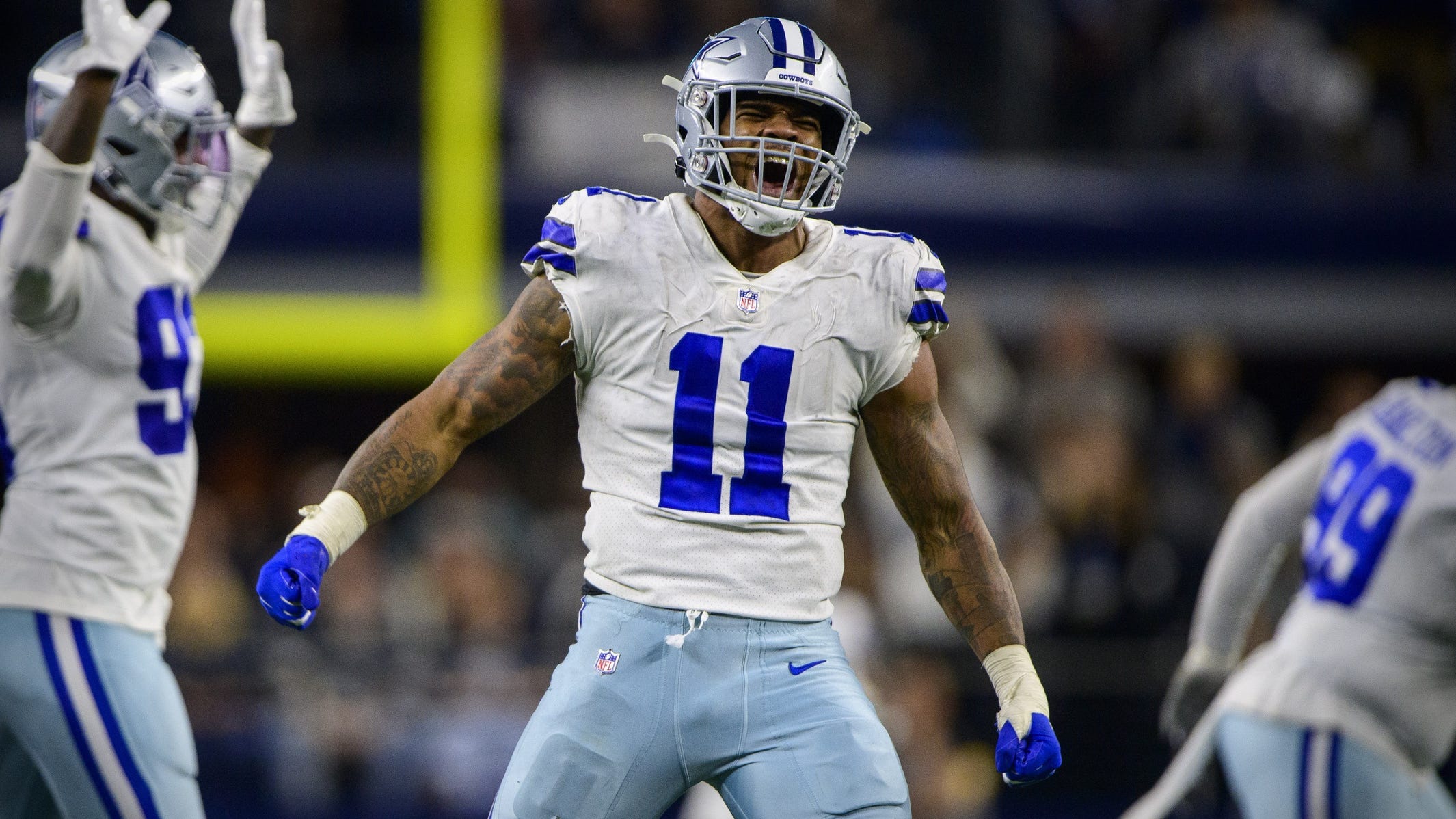