DALLAS (105.3 The Fan) - As long as immediate availability is a major sticking point for the Dallas Cowboys in their pursuit of Odell Beckham Jr., it appears as though the likely hood of Jerry Jones approving the signing remains low.

According to multiple reports, the Cowboys reportedly came away from the health and physical portion of their meetings with Beckham on Tuesday with concerns about his ability to contribute this season.

And that would be a major issue for the Cowboys. At least according to the main decision maker, in Jones, who explained his concerns to Shan and RJ on Tuesday morning.

"Well, I’m not confident, at all. So, that’s the issue," Jones started in his weekly appearance on "Shan and RJ." "Now, we all realize that issue of health, that issue of availability, is here every time. Just this one is very obvious and very pointed towards his injury that occurred last year in the Super Bowl. So, we’ve got a good beat on that, we’ve got a great read on his career.

“It’s not like a draft pick coming at you, we’ve got a lot of history here and you take a good look at everything. Not only the obvious, and that’s his performance, but also any issues regarding health. So, all of this, we’ve got to come in with our eyes wide open and it has to be addressed and that’s when you see if you can make a deal or not.”

However, Beckham's visit with the Cowboys is still ongoing. 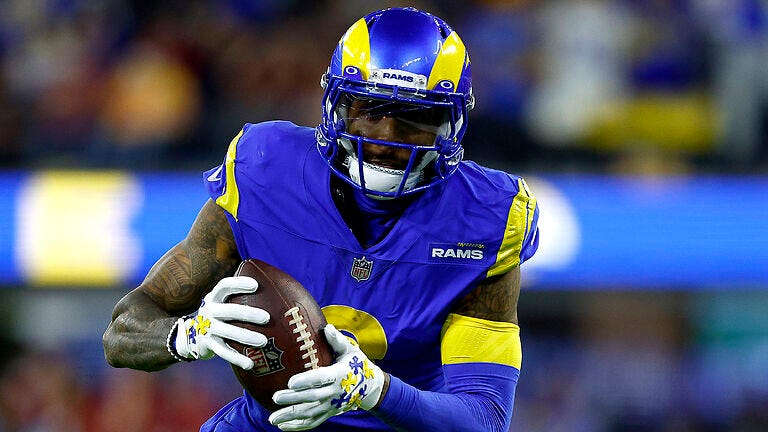 Jerry Jones candidly explains how he feels about not seeing Odell Beckham Jr. work out

And according to Beckham's camp, there is still in fact belief that he will be able to contribute by playoff time.

"Separately, sources close to Beckham Jr. tell me he feels able to contribute to the playoffs this season," NFL insider Josina Anderson tweeted. "Especially after getting in with a team & acclimating consistently over several weeks."

Either way, the Cowboys time with Beckham is beginning to come to a close, and the ultimate decision still lies in the hands of Stephen and ultimately Jerry Jones.