The Cowboys' offensive line could get a big boost as soon as this Sunday against the Houston Texans.

Head coach Mike McCarthy said Monday that eight-time Pro Bowl left tackle Tyron Smith will have his 21-day practice window opened on Wednesday. The move will allow Smith to begin practicing and gives the Cowboys 21 days to add him to their active roster.

Smith has missed every game this season after he suffered an avulsion fracture in his left knee in August.

McCarthy added that the team will not have any padded practices this week, but that won't preclude Smith from having a chance to play against the Texans.

Cowboys EVP Stephen Jones reiterated McCarthy's message when he joined the K&C Masterpiece on Monday, and spoke about the team's plans for the offensive line moving forward.

"He's just doing outstanding," Jones said of Smith. "Barring something unforeseen, we'll activate [his 21-day practice window] and feel like he's going to do really well. I know Mike (McCarthy) and Joe Philbin are big believers in [getting their five best offensive linemen] out there. … We'll see how that goes and decide when we think he'll be ready to play in a game."

According to owner and general manager Jerry Jones, the Cowboys plan to have Tyron Smith reclaim his spot at left tackle and move rookie Tyler Smith to left guard when the 12-year veteran returns.

Jones added that he believes the rookie will "easily" make the transition back to guard.

Connor McGovern, who has started all year at left guard, will likely head to the bench once Smith returns. 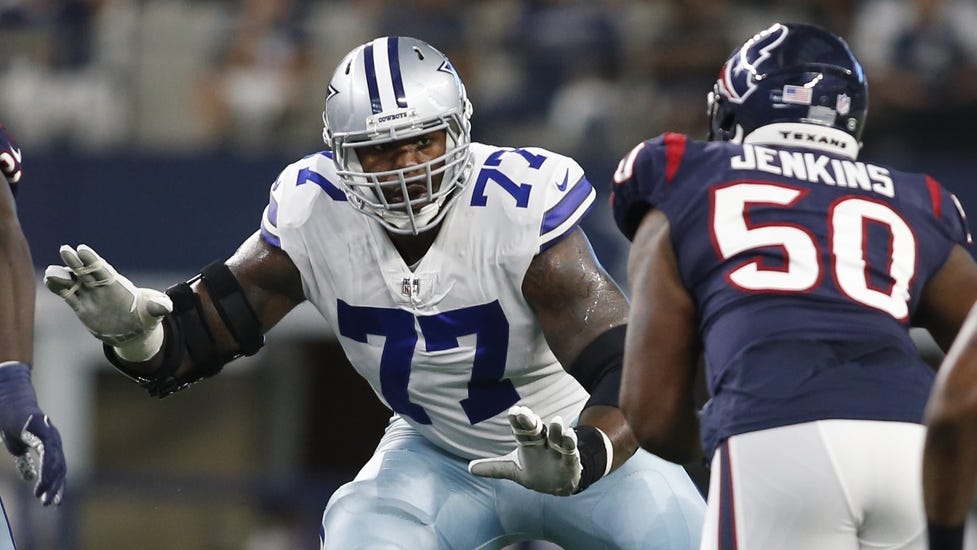