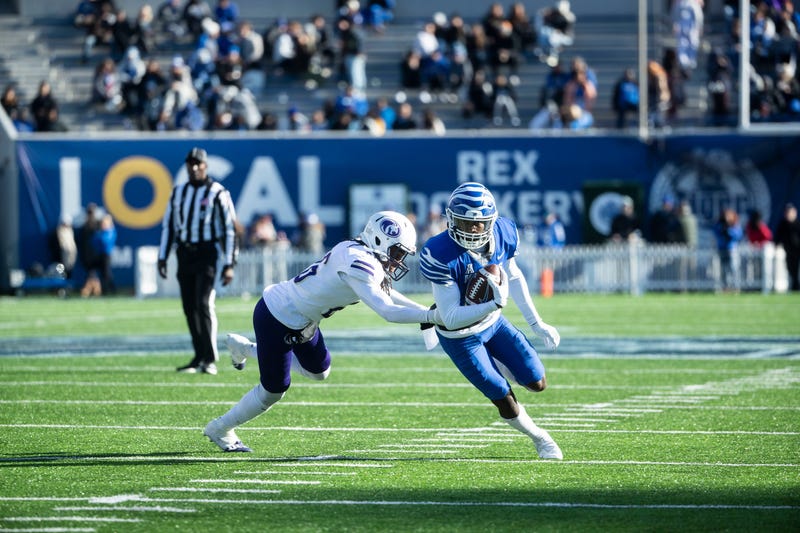 The Tigers’ (6-5) bowl streak is the longest of any non-Power 5 team in the country and is currently tied for the ninth-longest streak among all NCAA teams.

In a complete team effort, the Tigers posted a shutout for the first time since 2015, while forcing three turnovers and not allowing the Lions (1-10) past their own 44-yard line. Memphis out-gained UNA, 493-124, for the game and limited North Alabama to just 24 passing yards, the fewest for a Tiger opponent since 2017 against Navy (20).

Quarterback Seth Henigan completed 14-of-24 passes for 218 yards and a touchdown in one half of work, extending his consecutive games with at least one TD pass streak to 22 games. Memphis ran for five scores on the day, with both Asa Martin and Jevyon Ducker rushing for two and true freshman Sutton Smith getting the fifth.

Wide receiver Eddie Lewis did it all for the Tigers, reeling in three catches for 74 yards, including a 38-yard score, while also returning a punt 60 yards for a touchdown.

Defensively, Xavier “Zay” Cullens led the Tigers in his final game at Simmons Bank Liberty Stadium, totaling a game-high 10 tackles with a sack, fumble recovery and a 54-yard interception return for a touchdown. Quindell Johnson had four stops, two tackles for loss, a forced fumble and his team-leading fourth interception of the year.

Running back An’Darius Coffey had his best game as a Tiger, rushing for a game-high 83 yards on 14 carries. Smith ended the contest with a career-high 55 yards to go with his score, while Ducker racked up 54 yards on 10 carries.