Deshaun Watson has reached confidential settlements with 20 of 24 of the massage therapists that accused of sexual misconduct in civil suits, but that doesn't mean that the Cleveland Browns quarterback will avoid punishment from the NFL.

In fact, an anonymous NFL official told Rob Maaddi of The Associated Press that "settling doesn't give someone a pass." Maaddi added that the official "indicated a lengthy suspension remains in order."

Last week, Mark Maske of The Washington Post reported that someone in Watson's camp believed that the league would "probably" try to impose a one-year suspension on the embattled quarterback.

As the official told Maaddi, the fact that 20 of these cases are settled shouldn't change that. After all, there are still four outstanding cases. But what the settlements may do is allow the NFL to impose a suspension with the feeling of some finality, especially if Watson's camp is able to settle the remaining cases. More cases, of course, could emerge. But if all cases are settled, the NFL can suspend Watson, rather than potentially placing him on the commissioner's exempt list and suspending him at some point the future. Even if the suspension is a year long, Watson will at least have some light at the end of the tunnel and a target date in mind for when he will return to the field.

It should be noted that Judge Sue L. Robinson will make the first ruling on how the NFL should handle a penalty for Watson, if at all. If Robinson determines any suspension is in order, commissioner Roger Goodell will ultimately determine whether or not the recommendation that Robinson gives is enough. For example, Robinson could recommend a 10-game suspension, but Goodell would ultimately have the power to issue a longer suspension under the personal conduct policy if he chose to. The only way that Goodell wouldn't have the final say here is if Robinson determines that Watson didn't violate the personal conduct policy in any way. That outcome feels pretty unlikely in this case, but the possibility of Watson altogether avoiding any penalty from the NFL at least exists.

Neither Watson or the 20 accusers who have reached settlements will be able to discuss the terms of the agreements. It remains to be seen if Watson -- who has maintained his innocence throughout this process -- will broadly acknowledge any wrongdoing at any point or just decline to discuss the cases altogether moving forward citing confidentially agreements. 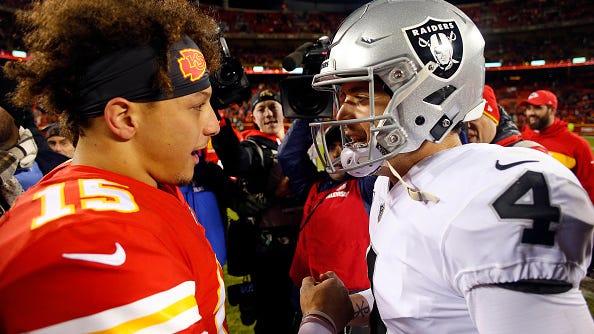