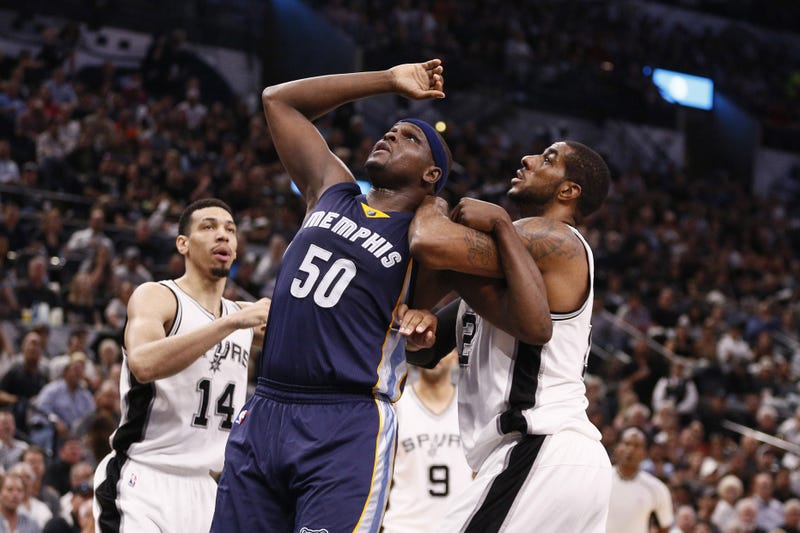 Memphis, Tenn. — The Memphis Grizzlies today announced the full slate of events for Zach Randolph’s jersey retirement game on Saturday, Dec. 11, vs. the Houston Rockets at 7 p.m. CT. Tickets for the game are still available and start at just $11.

Tickets are available for purchase by calling (901) 888-HOOP or by going online to grizzlies.com/tickets. The first 5,000 fans in attendance will receive a Commemorative Vinyl Record honoring Randolph, produced locally in partnership with Memphis Record Pressing.

Festivities tip-off Tuesday, Dec. 7, with the digital release of the new Zach Randolph documentary film, #50ForDaCity, produced by Grind City Media. The documentary chronicles Randolph’s journey in Memphis – starting with the trade that brought him to the Bluff City – and includes every Z-bound, headband toss, MLGW bill paid, chokeslam and more. #50ForDaCity, which premieres exclusively as a benefit for MVPs on Dec. 5, can be found on grizzlies.com or the Grizzlies YouTube Channel starting Dec. 7. Fans wanting a behind-the-scenes look at how the film was created can tune in on Wednesday, Dec. 8, for the premiere of “Making of #50ForDaCity” on GrindCityMedia.com and Grind City Media social channels.

On Friday, Dec. 10, Zach Randolph will stop by the Porter-Leath Toy Truck drive at WMC-TV Action News 5 Station, 1960 Union Ave, from 2-3p.m.
The 20th annual Toy Truck, presented by International Paper, provides over 2,500 preschool children with meaningful, age-appropriate holiday gifts. The first 200 fans who stop by between 2-3 p.m. and donate a gift at the toy drive will meet Zach and receive two tickets to Saturday’s game gifted by Zach.

On the day of Randolph’s jersey retirement, Saturday, Dec. 11, Grizz Nation is invited to arrive early and stop by the 2021 Memphis Holiday Parade on the world famous Beale Street, where Randolph will serve as Grand Marshal. The parade starts at 3 p.m. and afterwards fans can stop by the FedExForum Box Office for a chance to purchase select Terrace Level tickets for 50% off, in honor of the number the Grizzlies will retire that night, while supplies last.

Musical tributes for Zach will occur throughout the night from a myriad of Memphis acts including the Royal Studios All Star Band, Al Kapone, the reuniting of Three 6 Mafia’s DJ Paul and Young Buck along with 8 Ball and MJG. Also on hand for the festivities is Randolph’s first-ever artist off his NLess Entertainment roster, multi-platinum recording artist and Memphis native Moneybagg Yo.

During the game, Grizz Nation will be able to enjoy their favorite Zach Randolph in-game video skits and highlight videos as the Memphis Grizzlies celebrate the guest of honor throughout the game. Immediately following the game, Zach’s jersey retirement ceremony will begin and air live on Bally Sports Southeast, hosted by Pete Pranica, Brevin Knight and Rob Fischer with special guests including, Tony Allen, Lionel Hollins, Chris Wallace, Damon Stoudamire, Bonzi Wells and more from Zach’s career, along with a special tribute video and musical performances.