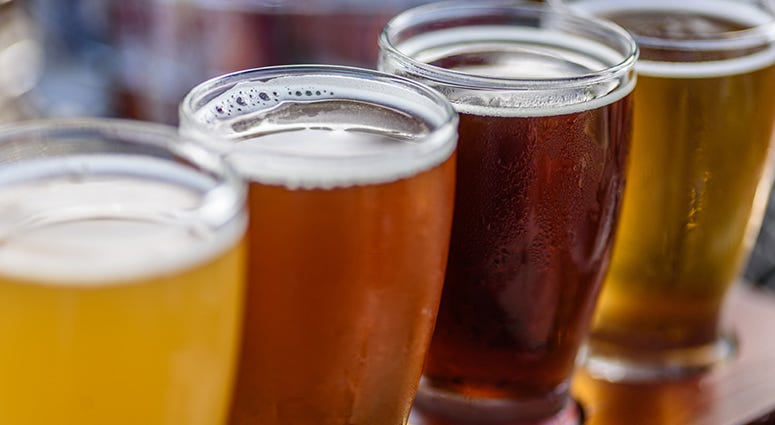 It’s hard to believe, but there are people out there who don’t know the Super Bowl happens on Sunday in Miami. I was sitting at a brewery earlier this week and I overheard a guest learn for the first time the game was upon us and even who the teams were.

That’s not us here. We’re fully aware the San Francisco 49ers are facing the Kansas City Chiefs. What we don’t know is what you’re doing during the game.

If you haven’t already locked up your plans for a house party or paid for a spot at a Super Bowl party, allow me to offer a few brewery options for watching the big game.

6S Brewing and Tasting Room is set to open “within the next couple of months,” owner and founder Robb Watson said. He gave me an update on some of the beers coming. They’ll offer core beers in the following styles: IPA, stout, porter, Saison, and pale ale, and will even cater to people drinking gluten free.

When their taproom opens it’ll have 16 taps flowing and will “provide varieties across all styles.”

Monkey Wrench Brewing has been holding soft opening hours on the weekends with six beers flowing. Joe Dreher, who handles creative and marketing for the brewery, says they’ll be “wrenching it up a notch in February or early March.”
Craig Mycoskie, of Round Trip Brewing, has recently been working with his equipment supplier and said delivery of brewhouse equipment and tanks “should be early-mid March.”

In terms of style, Mycoskie said they’ll focus on classic examples “while pushing the boundaries of German styles and ingredients.” He hasn’t finalized the beer lineup yet, but said we can expect German-style beers to be theme in a majority of what Round Trip does.

Outrun Brewing is close to opening within walking distance of Stone Mountain Park. "Right now we're projecting mid-to-late March,” said brewery co-owner and founder Josh Miller. “It depends on licensing and how quickly we can get all our equipment hooked up. We're still waiting on a few things, but if we brew in mid-February, we'll be open in mid-March."

Miller calls the future operation a “Mom and Pop” place where he and co-owner Ryan Silva will be “brewing the beer and serving the beer." Their location will be approximately 2,300 square feet with a 250 square foot tap station on property in a separate building in front. There will also be a lot of outdoor seating. Guests can grab food from a pizza place across the street, a new BBQ spot opening soon around the corner or occasional food trucks at the brewery.

Outrun’s five-barrel system will push out 10 beers max on draft in the taproom and Miller said they’ll launch with five different beer styles. The rough lineup is still a work in progress, but he guessed lagers and lower-alcohol IPAs would be in the mix.

TASTE THIS
Take a look around Atlanta this weekend for these new brews that were either released this week or are coming soon.