Some lucky fans were able to take home a part of Atlanta Braves history when home run balls landed in their laps during Game 6 of the 2021 World series, the contest which would eventually lead to the final victory of the series.

Now, those fans have decided to reap the financial benefits of such strokes of luck, and other fans — that could mean you! — will have a chance to win them at auction.

All three of the Braves' Game 6 dingers — the titanic blast that Jorge Soler ripped into the night in the third inning, Dansby Swanson's 400-plus-footer that gave the Braves a five-run lead, and Freddie Freeman's seventh-inning shot to all but put away the Astros — were secured by SCP Auctions and will be available in the upcoming Winter Premier Auction, set to begin on January 19.

And by the way, these home run balls didn't actually land in the laps of those fans. As Rich Mueller of Sports Collectors Daily notes, Soler's mammoth homer didn't find the comfort of a fan's hands until Manuel and Richard Ramos, watching the game at an apartment adjacent to Minute Maid Park, sprinted down six flights of stairs and found the ball sitting just inside a fence that separated the stadium from the outside world. Freeman's shot bounced off of a railing and back toward Houston outfielder Jose Siri, who tossed the ball to cousins Hudson Pace and Steven Edwards in a nice gesture.

But the baseballs' journeys weren't over then, and they're not over now. All three of them, as mentioned, were consigned to SCP, and they're going to fetch quite the pretty penny at auction of SCP President David Kohler's prediction is worth anything: a combined total of six figures.

Bidding will run through February 5. 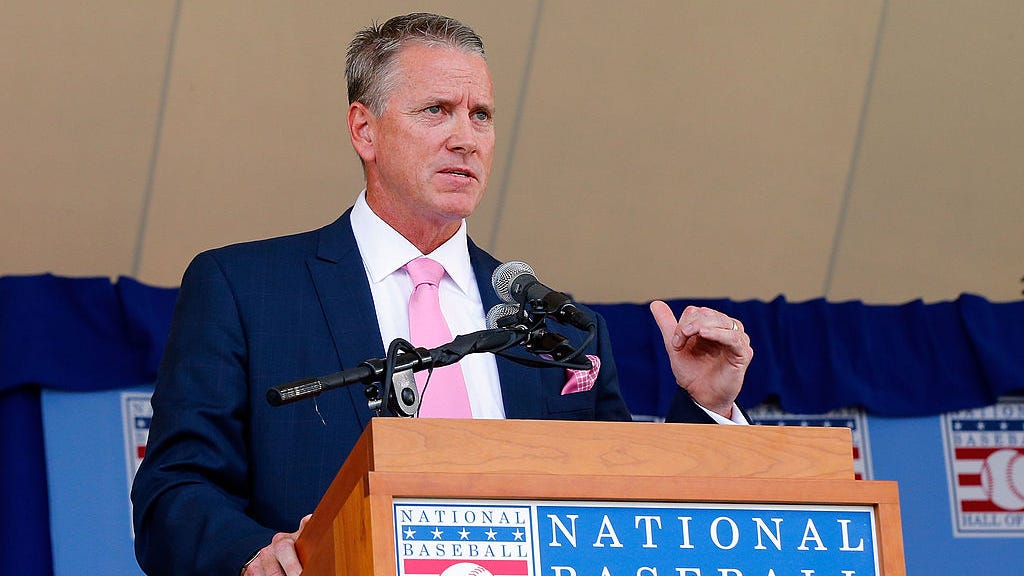 Tom Glavine explains how he accidentally discovered his famed changeup