The Marlins, a team that spent money once (in 2012, to disastrous results) and decided never to make that mistake again, recently offered a three-year extension to outfielder Starling Marte, a one-time All-Star and MLB’s fourth-leading base-stealer in 2021 with 19 thefts on 22 attempts. Miami’s willingness to spend any amount of money took many by surprise, though former MLB executive David Samson, who has parlayed his signature blunt cynicism into a second career as a podcast host for CBS Sports, saw right through that proposal, quickly dismissing it as an empty gesture.

“They’re lying to you right now, pretending that they want to sign him to a long-term deal,” warned Samson, who was ousted from his position as Marlins team president at the onset of the new Derek Jeter regime in 2017. “Here’s how you do it. It’s a very quick five-step plan. One, you leak the fact that you have offered an impending free agent a long-term deal. Two, you leak the terms of the offer, which, to the real world, sounds like, ‘My god, you offered Starling Marte three years, $30 million. That’s amazing!’ Because you have to offer enough that there’s some credibility among people who aren’t in the business. Three, you have to guarantee that what you offered is below market value and that he’s not going to take it, because it’s your worst nightmare if he does. Four, he rejects it. Five, you publicly say he rejected it to turn public favor against him so you can trade him at the deadline, which is exactly what you were trying to do anyway.”

Samson must have been looking through a crystal ball when he made those comments on The Dan Le Batard Show with Stugotz earlier this month, because the Marlins have followed his blueprint to a T, shamelessly lowballing their prized center-fielder ahead of the July 30th trade deadline. The Marlins’ reluctance to sign Marte long-term is understandable—the Dominican Republic native doesn’t hit for much power (only seven homers in 207 at-bats this season) and at 32, it’s debatable whether the two-time Gold Glove recipient is worth building around.

Going exactly as planned. Jeter knew Marte would reject the lowball offer so they “would have no choice” but to trade him. I used to think we were fooling people also. https://t.co/PRIMdVIdoK

However, he’s been red-hot since the All-Star break (8-for-16 with a homer, four RBI and two steals) and boasts 10 years of valuable big-league experience at one of the sport’s most demanding positions. Given his pedigree and coveted skill set as a plus outfield defender with elite wheels and arguably more pop than he’s shown us this year (he’s cleared the 20-homer plateau twice in his career with 2019 the most recent occurrence), GM Kim Ng’s phone should be ringing off the hook with offers from contending teams looking for a proven two-hole hitter (though he’d also be effective in the leadoff spot) with All-Star credentials. With 10 days until the deadline, here are five teams that have either already been linked to Marte or should pursue the veteran based on need.

Atlanta Braves
Whether Miami is willing to conduct business with a team in its own division remains to be seen and certainly the Braves and Marlins, following their feud earlier this month, aren’t the best of pals right now. However, the Braves, despite a paltry 45-47 record, remain very much alive in the National League East, which would presumably be their only path to the postseason with Los Angeles and San Diego both running away with the NL Wild Card. Atlanta has been unusually aggressive this month, bolstering its roster with the additions of one-time All-Star Joc Pederson and former A’s and Diamondbacks catcher Stephen Vogt ahead of the July 30th deadline. Perhaps the Braves feel they adequately addressed their outfield need with Pederson, though with Ronald Acuna done for the year and Marcell Ozuna likely looking at a lengthy suspension following his recent arrest on domestic violence charges, Atlanta will take whatever help it can get at that position. 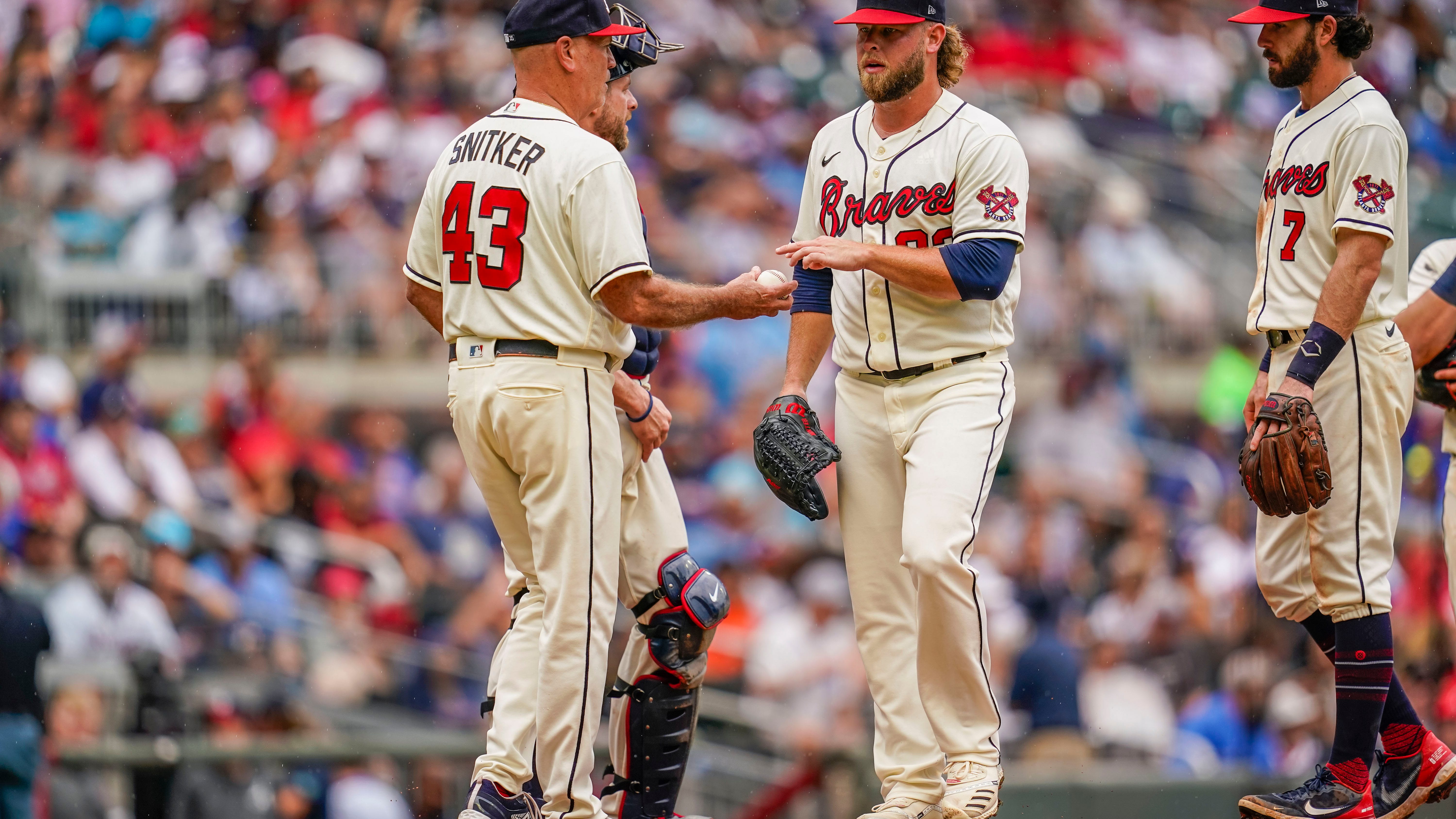 Is Brian Snitker to blame for Braves' bullpen woes?

Chicago White Sox
The White Sox are cruising right now with no real competitors in the AL Central (they’ve opened up an eight-game lead over second-place Cleveland) and are getting healthier with Eloy Jimenez nearing a return from a torn pectoral muscle suffered in March. But even with reinforcements coming, Chicago could still use another outfield piece, at least until last year’s Rookie of the Year runner-up Luis Robert (out since May with a strained hip flexor) is healthy enough to man center field again, which may not be for another month. Though he’s been a serviceable Band-Aid in Jimenez’s absence, rookie Andrew Vaughn is a first baseman by trade and he’s looked it at times this season, grading among the league’s worst defensive outfielders (41st out of 50 qualified outfielders in defensive runs saved). Outside of Tim Anderson and Billy Hamilton, the Pale Hose have stolen an anemic 16 bases on 26 attempts (61.5-percent success rate) this year. Marte, who has long thrived as a base-stealer (only Trea Turner, Hamilton and Jonathan Villar have swiped more bags since 2016), would be an instant improvement in that regard.