With the addition of All-Star guard Dejounte Murray it is safe to say the Atlanta Hawks have not only one of the best backcourts in the NBA but one of the best dynamic duos in the Association as well. Now, as far as a big three goes the Hawks are probably a little lower on the totem pole when it comes to the best big threes in the NBA, but in the Eastern Conference the Hawks have one of the five best big threes, and Jon Chuckery explained why Monday Night on the Jon Chuckery Show.

First, let's acknowledge the Eastern Conference teams that we already know have a better big three than the Atlanta Hawks. The Boston Celtics just made an impressive NBA Finals run with Jayson Tatum, Jaylen Brown, and Marcus Smart and just got beat by a better and more experienced team in the Golden State Warriors. Next, the 2021 NBA Champion Milwaukee Bucks with Giannis Antetokounmpo, Kris Middleton, and Jrue Holiday. Obviously that team beat the Atlanta Hawks in the 2021 NBA Eastern Conference Finals to get to the NBA Finals and eventually win it.

Even if Trae Young didn’t get hurt it would’ve been a tough task for the Hawks to get past the Bucks that year, and the Bucks still clearly have the best trio between the two teams. This last trio is only better if they are healthy, actually playing, and not traded, the Brooklyn Nets. Kevin Durant, Kyrie Irving, and Ben Simmons are probably the best trio in the NBA when they are healthy, playing, and all have their heads screwed on straight, but all of that is a big if.

Now, besides those three Jon Chuckery believes there isn’t another trio better than the Atlanta Hawks trio of Trae Young, Dejoute Murray, and John Collins saying “Right now I would tell you i’ll take the Celtics, i’ll take the Bucks, and if they’re healthy and together I think you have to take Brooklyn. Hawks go right behind them don’t they? With all due respect there aren’t another one of those threesomes in the East that are probably really better than what the Hawks are.” 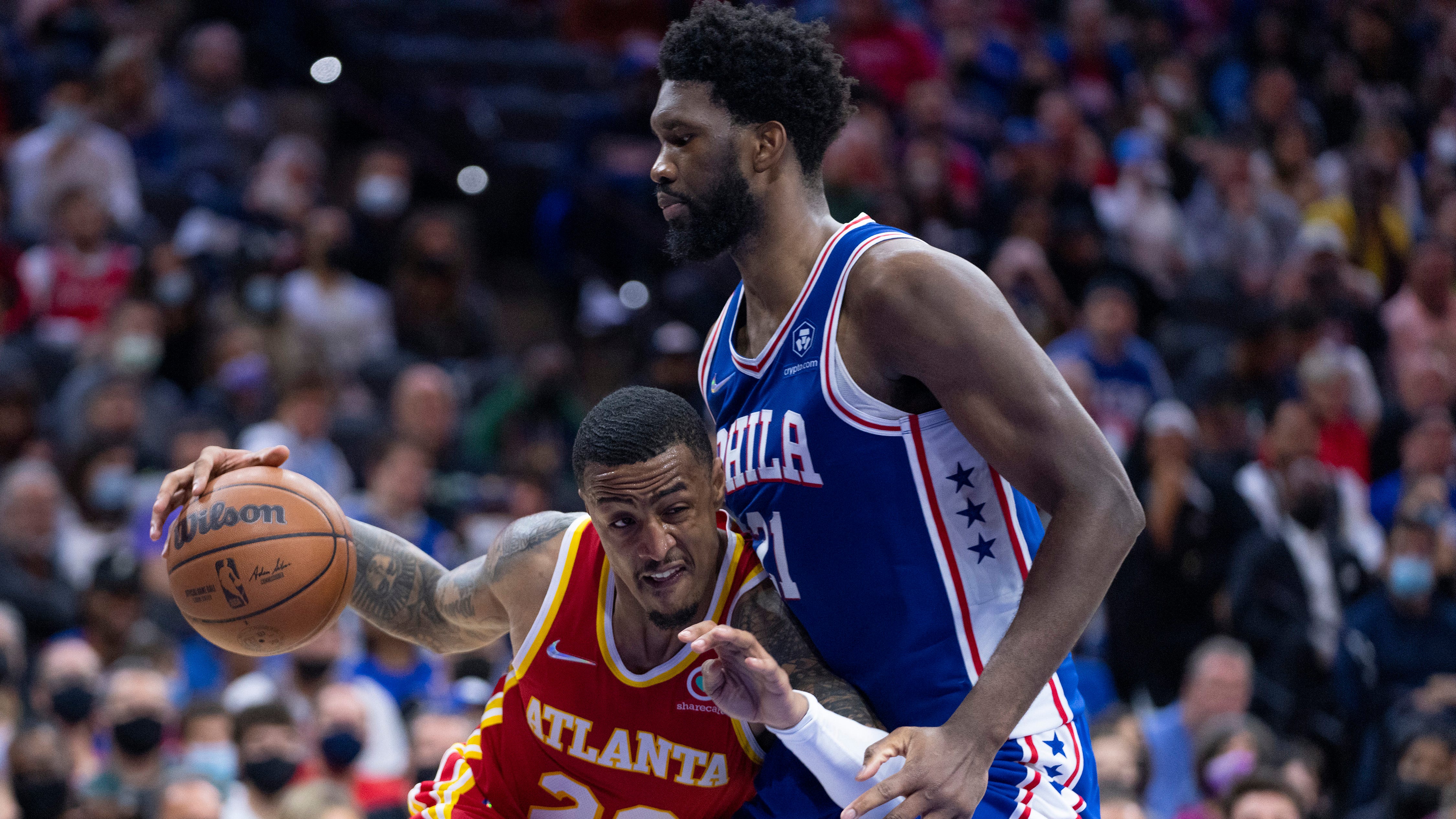 John Collins may not have been the best second-option for the Atlanta Hawks, but Dejounte Murray is a perfect fit next to Trae Young, and John Collins as a team’s third best option is probably where he fits best. After the year the Hawks had last year, and the way they lost to the Miami Heat in the postseason it seems like they lost a lot of respect around the league, but with the addition of Dejounte Murray it’s time for the Atlanta Hawks to earn that respect back in the 2022-23 season.