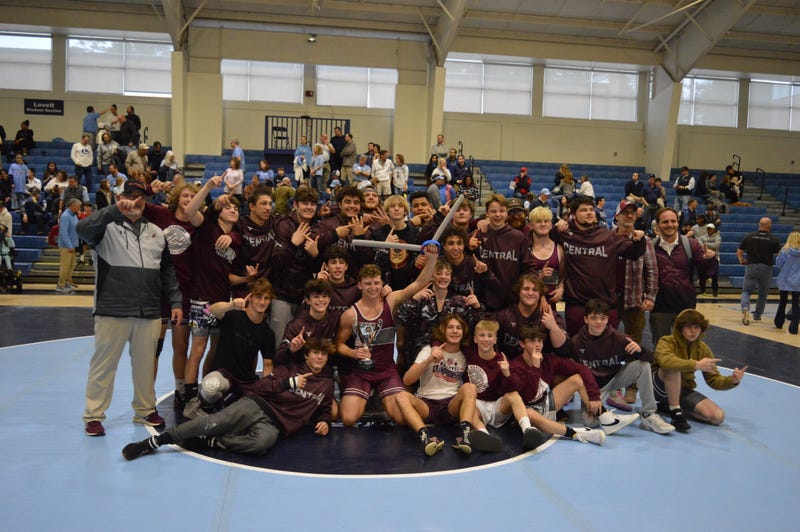 On Saturday, the Georgia High School Association wrestling team duals state championships took place with the Central Carroll Lions taking on the Lovett Lions, who won the 2022 GHSA 2A title, for the Class 4A championship.
The defending champs would get off to a good start as they would take the first two matches of the day, including defending champ, Christian Bell’s 6-1 win over Central’s Kaleb Disha roon, which gave Lovett an early 6-0 lead in the match.

Central would quickly bounce back thanks to Gabe Swann’s win at 106 which would cut Lovett’s lead to 6-4. However, it would be in the 126 weight class that Central would get momentum to swing their way as No. 2 ranked at 120, Ty Murray picked up an upset win over No. 1 at 126 and defending state champ, Cael Kusky which would give Central their first lead of the day, as they went up 13-12. Central would increase their lead to 16-12 as Colson Hoffman picked up a 12-7 win over Jack Ghegan, but Lovett would quickly turn things around as senior, Jake Kennedy, picked up a first round win by fall to give Lovett a 18-16 lead.

The match would see two more lead changes before reaching the final dual of the day at 190 as Lovett’s Kieron Boland took on Central’s Nate Horsely, as Lovett led 33-28 as the matchup got underway. The two sophomore’s battled into the second round and that would be when the Central senior would dominate as he picked up the win by fall to give Central the win and their tenth state title in program history. “He’s a senior that’s given his heart and soul to us,” Central head coach Cody Knight said of Horsely’s performance which helped Central pick up the win.

Knight noted that Horsely had been bumped up for the decisive match and prior to the start of the final bout, “I told him I loved him. A little cliché, but loved him regardless of the outcome, happy it went our way, kid’s going to be a legend now,” Knight said of Horsely. The momentum swinging match also had Knight and his staff talking to their wrestlers about “staying calm” and “relaxed” as they were thankful for finding themselves in the state championship match. “We talk about how blessed we are. The Lord put us here, we feel like we’re here for a mission and the Lord came through,” Knight said.