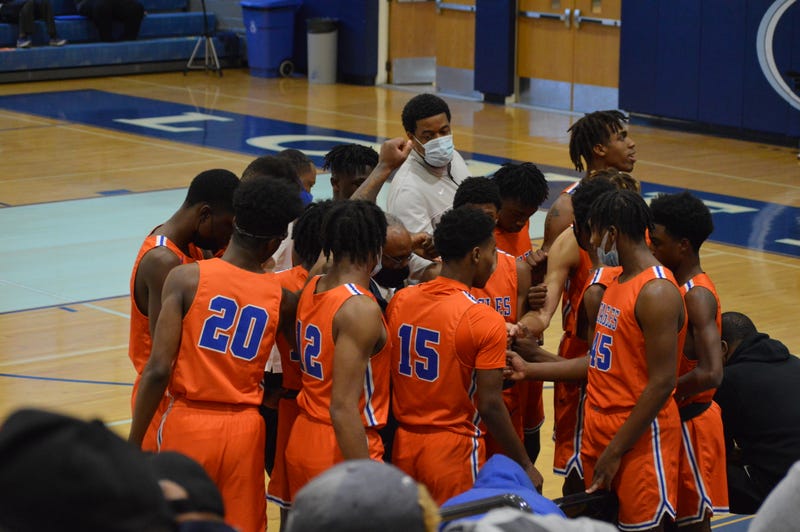 Meanwhile, offensively, the Eagles came out aggressive going right at the Lovett defense. They would open up the game on a 9-0 run and close out the first quarter with a 20-5 lead. By the end of the second quarter, Columbia would be up by 15 points and in the third quarter, go up by as many as 20 points. The Lions would climb back in the game and in the fourth quarter, cut the Eagles' lead down to seven points when they trailed 47-40, but the determination of Columbia powered them to victory as they picked up the 67-52 win to advance to the GHSA 2A state championship game, marking Eagles' head coach Phil McCray's first state title game appearance since returning to coaching a couple of seasons ago. He last took the Eagles to the state championship game in 2013.

After the win Coach McCrary said of his return to the state championship game, that he was just "proud to be able to represent Dekalb County." He went on to say, "Dekalb County has been good to me, they have been good to our school and our neighborhood and I don't know of any other way to reward them but to continue to press on and continue to do the things we're able to do." As for his team's performance, McCrary made it clear that after falling to Lovett in their last meeting, the plan was to take away the perimeter game, and force the Lions to put it on Mutombo to help them get the win. "The first two games we played them, we gave up a lot of shots from outside, so this game we knew how important it was for us to close out on the shooters and if Mutombo was going to beat us, he was going to have to score 50 points," McCrary said, adding they would be willing to give up two point baskets, but not three point baskets. Columbia will now face another region opponent in Pace Academy for the GHSA 2A state title next week.