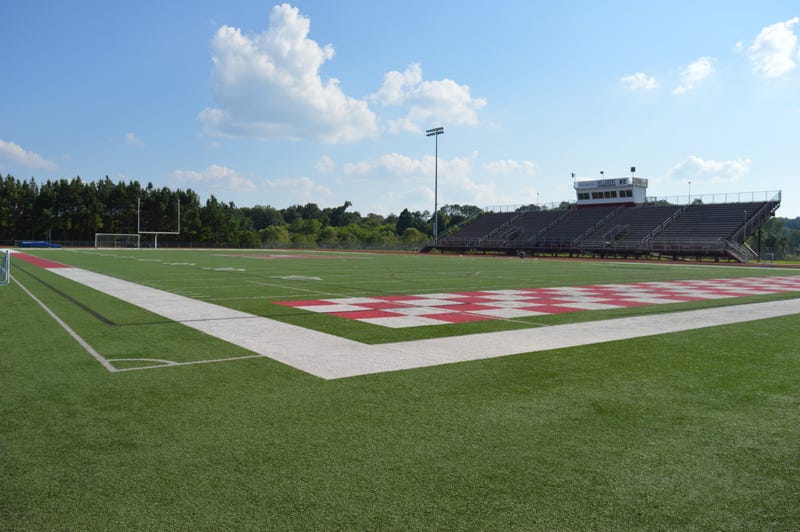 As we head into week six of the Georgia High School Association football season, more teams will be opening up region play and there will also be some exciting non-region matchups throughout the Atlanta metro area.

In a rematch from last season, the Milton Eagles will travel to North Cobb to take on the Warriors. In the 2021 season, North Cobb defeated Milton 40-21 and for some, the win signaled that the Warriors were definitely a favorite to win the GHSA 7A title, however, Milton would run off 12 consecutive wins and punch their ticket into the 7A championship game, but would come up short. Fast forward to this season and both teams will head into Friday’s matchup at 2-2, however Milton is coming in with momentum having won their last two, while North Cobb will look to bounce back from their 20-17 overtime loss to Northside Warner Robins.

It has been a bit of a struggle of late for the defending GHSA 7A state champs as Collins Hill has dropped their last two contest after getting off to a 2-0 start. After falling to Cedar Grove 40-6 two weeks ago, Collins Hill was taken down by another 3A team in Sandy Creek, who defeated them 33-17. On the other side, the Westlake Lions had a bit of an up and down start to the season under new head coach, Maurico Zackery. The Lions would drop two of their first three games, including a loss to Cedar Grove as well, but have seemed to bring things together the past two weeks with back to back wins averaging 47 points per game in the two wins.

In year two under head coach, Tim McFarlin, the Fellowship Christian Paladins have had somewhat of a rocky start having dropped two of their first three games. After knocking off the defending GHSA 1A Private champs, Trinity Christian in week two, the Paladins would fall to St. Francis in week three, 35-28. Now coming off their bye week, Fellowship Christian will travel to Lovett and face a Lions team that will be looking for their third straight win. After opening the season with back to back losses, Lovett knocked off rival Pace Academy and then followed that win up by defeating McDonough 13-3 last week.

You could not have asked for a better non-region matchup than this one as Mill Creek and Parkview will go head to head on Friday with both teams coming in at 4-0. Both Mill Creek and Parkview have shown the ability to dominate opponents as the Hawks have averaged 44.5 ppg while holding opponents to 23.5 ppg and the Panthers have scored an average of 39.5 ppg and only allowing 14.25 ppg. Both teams are ranked in the top 10 of GHSA 7A, however with Caleb Downs leading the way on the Hawks defense, Mill Creek has been a favorite to win the title this season, but the Panthers will be out to prove they deserve to be in that conversation.

When it comes to stopping a freight train, in most cases the task may seem nearly impossible, but this is Georgia high school football. While the Hillgrove Hawks have struggled to get any type of momentum this first half of the season, they are a team that opponents cannot let their guard down. On Friday, the Hawks will travel west to take on the Carrollton Trojans, who have lookoed more than impressive this season at 5-0. Averaging 44 ppg while allowing only 6.8 ppg, the Trojans shown dominance on both sides of the ball in almost every game, especially the past two weeks in which they defeated Villa Rica 52-0 and Jenkins (Savannah) 48-0. Carrollton’s offense is led by freshman quarterback, Julian “JuJu” Lewis, who has thrown for 1315 yards and 19 touchdowns through the five wins.