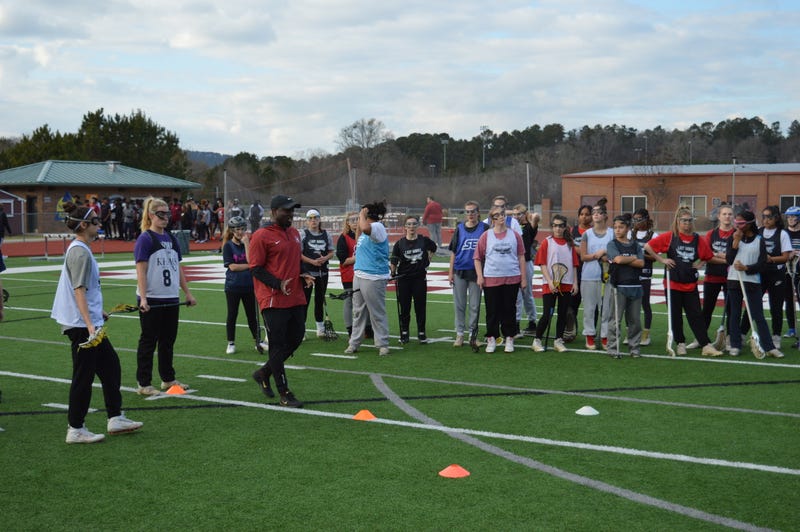 In less than two weeks, the Hillgrove Hawks girls lacrosse team will get their 2021-2022 season underway, and it is a season that head coach, Keon Humphries, says he’s excited to see get started after watching the hard work his players put in during the offseason. “We’ve been waiting on this for a while now to get back out here,” Humphries said, adding that watching his players during the work hard to get ready for the 2022 season has been fun.

The 2021 campaign for the Hawks ended with Hillgrove boasting a 16-3 overall record, while winning their region with a 6-0 record in area play, and a Georgia High School Association state playoff berth.
Unfortunately for the Hawks, their post-season came to an end with a 10-9 loss to Walton, and that was a feeling that Coach Humphries says he wanted his girls to use to prepare them for this season. “Take away that feeling of what it felt like on how things ended,” Humphries said he told his players.

Humphries says he told his girls use the feelings they had at the end of last season to help build their hunger for more this year. “We want to get back there and take further than we’ve ever done so in the past”. And to do that, Coach Humphries says “bringing back a good core” of last season’s team and the players “jelling early” will be key for them and that “the sky’s the limit” on just how successful the Hawks can be this season if they can put things together quickly this season.