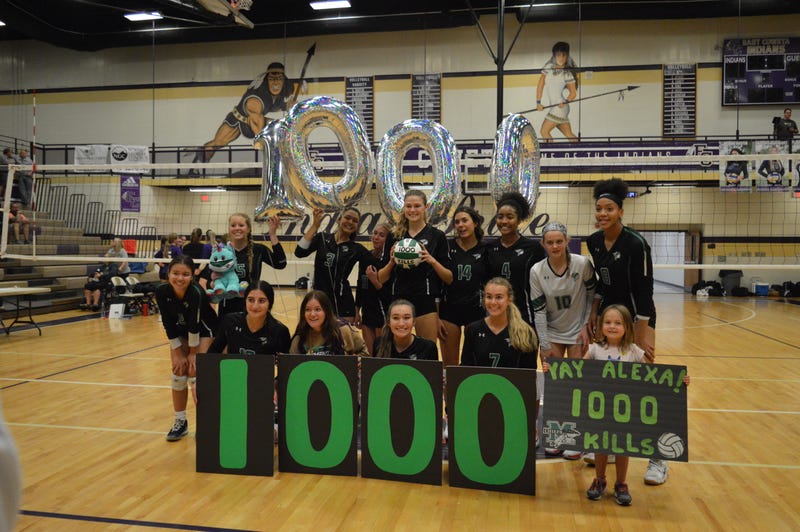 On Thursday, the McIntosh Chiefs were on the road to take on the East Coweta Indians and looking for their third straight win and Chiefs’ hitter Alexa Markley came into the match just a few kills shy of 1,000 for her career. Markley and the Chiefs would get to work in set one as they would win it 25-12 and Markley three kills shy of 1,000. Later in set two, McIntosh would get out to an early lead and early in the set, Markley would connect for her 1,000 career kill. She would finish the night with 11 total kills, two aces and two blocks.

Following the game, Markley said the feeling of reaching the career mark was simply “awesome” adding that she begin reflecting on her high school career after she reached her 1,000th kill. “I just kind of had a flashback of my whole high school career, thinking back to freshman year when that was always the goal, it’s just awesome to be here.” McIntosh head coach Wendy Mabon spoke on Markley’s career night saying “she came in freshman year and we knew she was going to be outstanding, so it’s just really cool,” Mabon said of Markley’s high school career. Mabon would go on to speak about how hard Markley has worked over the years saying, “it’s awesome to be there when she gets the success.”