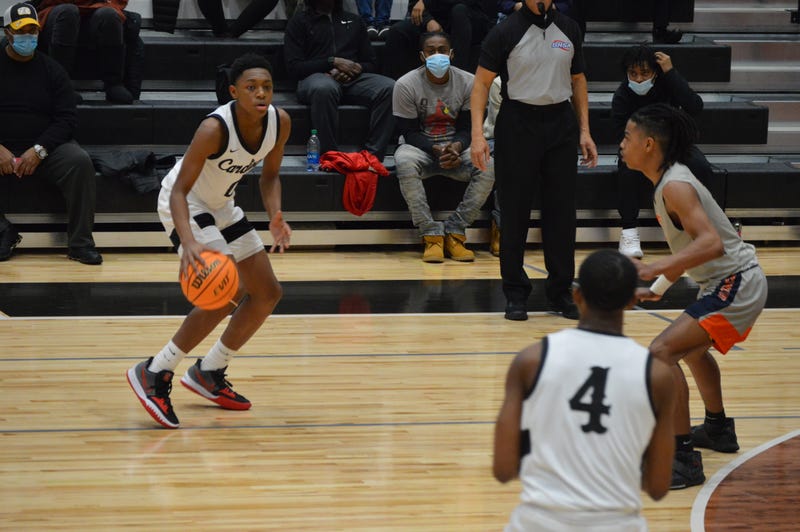 On Saturday, the Osborne Cardinals and South Cobb Eagles boys basketball teams met up for a region match up in which both teams looked to bounce back from losses on Friday night. For the Cardinals, Friday’s loss was their first of the season and was a key region loss to Kell as well. Early on in the first quarter, despite Osborne opening up on a 6-1 run, South Cobb played tough for most of the opening period, but would find themselves trailing 14-6 at the end of the quarter.

In the second quarter, the Cardinals began to apply more defensive pressure, which would result in several South Cobb turnovers as Osborne would outscore the Eagles 11-9 in the period and take a 25-15 lead into the locker room at the half. The Cardinals would pick things up offensively in the third and fourth quarters as they would be up 18 points by the end of the third quarter and go on to pick up the 68-51 win.

Osborne’s Jon Carroll led all players with 17 points while his teammate, Zocko Littleton contributed with 15 points. Following the win, Cardinals’ head coach, DeMarques Lakes said that although they were able to bounce back from Friday’s loss with the win, he still felt that his team only played at about 60 percent of their potential. Lakes acknowledged that his team has played a pretty tough schedule, which has included several ranked opponents, and that made have led to stamina and fatigue issues, but ultimately, he said his guys still have to be ready to give their best every game if they look to make a deep run this season.