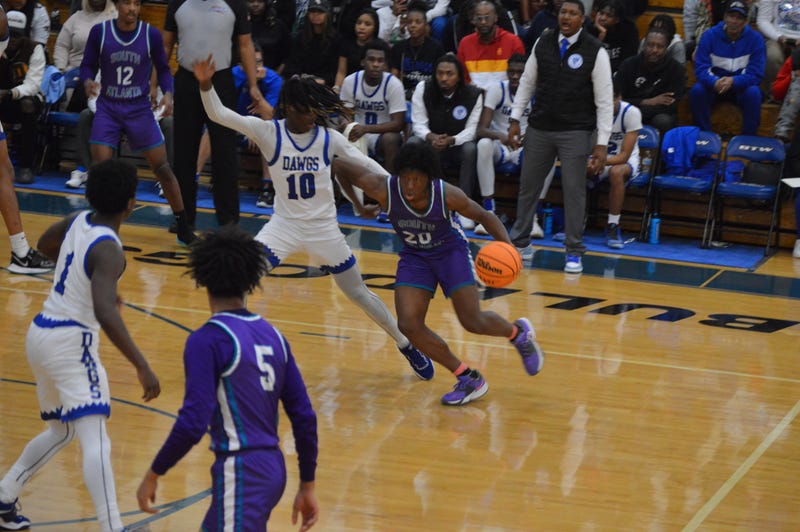 As Georgia High School Association basketball region races begin to heat up, the Washington Bulldogs hosted the South Atlanta Hornets in a pivotal Class 2A, Region 6 match up as the Bulldogs looked to keep pace with North Cobb Christian and Drew Charter as all three entered Friday with just two losses in region play. Meanwhile, a win for the Hornets could help them gain some ground on all three teams as they entered the night two games back of them.

The Hornets would get out to a quick 5-0 lead to get the game started and while the Bulldogs would quickly get within one point as Daylon Johnson would knock down a jumper to make it a 5-4 lead in favor of South Atlanta, that would be the closets that Washington would get throughout the game, as by the end of the opening quarter, the Hornets would lead 21-13. In the second quarter, South Atlanta would go up by as many as 14 points, but thanks to a late barrage of three pointers by Johnson, the Bulldogs would find themselves down 40-33 at the half.

Johnson would continue to have the hot hand early in the third quarter as a pair of baskets by him would help cut the Hornets lead down to two points as they led 42-40, but the story of the night for South Atlanta was their pest like defense as they caused problems for the Bulldogs throughout the night and how well they out rebounded Washington as they would push their lead back up to eight by the end of the third quarter. Refusing to go down without a fight, the Bulldogs would get within four, trailing 64-60 in the fourth quarter, however they would not be able to stop the Hornets’ offense as they would go on to pick up the 75-67 win.

“That was the game plan,” South Atlanta head coach Stefon Porter Jr. said of the Hornets bothersome defense and rebounding. “I prepped the guys this. We knew it was going to be this type of atmosphere,” Porter Jr. added describing the large crowd on hand to support the Bulldogs on their home court. “Those are just moments that we prepare for. From the tip we talk about being solid on the defensive end, talking, communicating because we’re going to play in loud gyms so that’s what we wanted to do tonight and I think we did a good job of it,” Porter Jr. said after Friday’s win.

Friday’s victory helped the Hornets split the regular season series with the Bulldogs as well as moved them within a game behind them in the region standings and dropping Washington a game back of North Cobb Christian and Drew Charter and keeping themselves in the hunt for a top four finish in the regular season standings. “Defense, that’s what it’s going to boil down to at the end of the day,” Porter Jr. responded when asked about what he and his staff needs to see their players do well down the stretch to get a top four finish. “If we do what we need to do on the defensive end, I think we’ll be successful within the region and hopefully, beyond that as well,” Porter Jr. said.