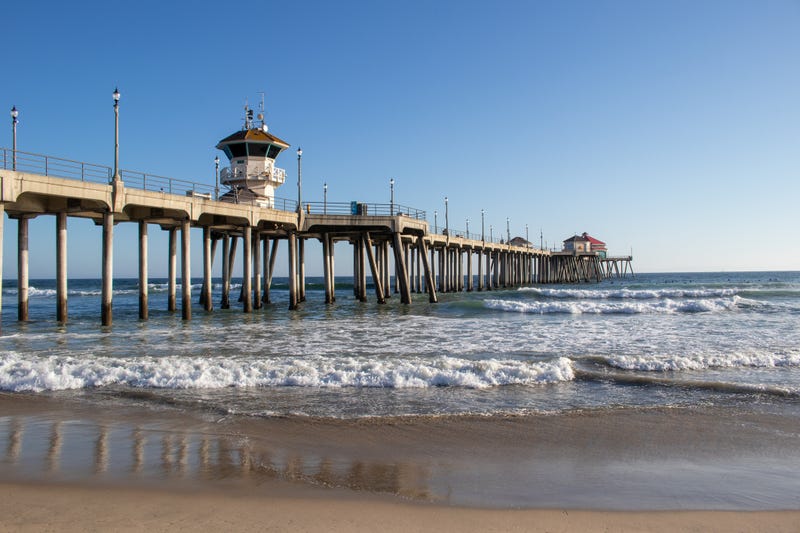 One person was shot and killed by Huntington Beach Police Saturday, following a situation at the pier around 3:15 p.m.

Several people made calls to HBPD Saturday to report a suspicious man with a gun near the pier, police said.

Officers confronted the man in the sand, south of the pier and said in a statement that his refusal to comply with orders is what led up to the fatal shooting.

The Orange County Coroner's office identified the suspect as 43-year-old Ronnie Andrew Garcia, according to CBS Los Angeles. He was shot at least once by an officer and taken to a nearby hospital where he died of his injuries, police said.

Jonah Valdez, a reporter with the O.C. Register was there as the man was wheeled into an ambulance. Watch the video below:

Huntington Beach City officials announced emotional support services are available for those who witnessed the shooting or were in the area at the time that it happened.

The counseling  and support sessions are being offered through a partnership with Be Well OC. Anyone interested in signing up for a session is asked to call (949) 749-2301 and ask for Tony Delgado.

“At any time, Huntington Beach residents can also call the OC WarmLine, a free and confidential phone service providing emotional support and resources to Orange County Residents,” the city said in a statement.

The service is available 24 hours a day, seven days a week and run for the National Alliance on Mental Illness. The number for those services is (714) 991-6412.

The City is offering emotional support services to anyone who witnessed or was in the area of the shooting incident that took place yesterday, 9/25, at City Beach. Please see details provided.

A community meeting will be taking place in the coming days - details forthcoming. pic.twitter.com/IVF2JgXgpl

In the next few days the City will host a community meeting for residents and those directly impacted by the shooting to express concerns and ask questions about what happened.